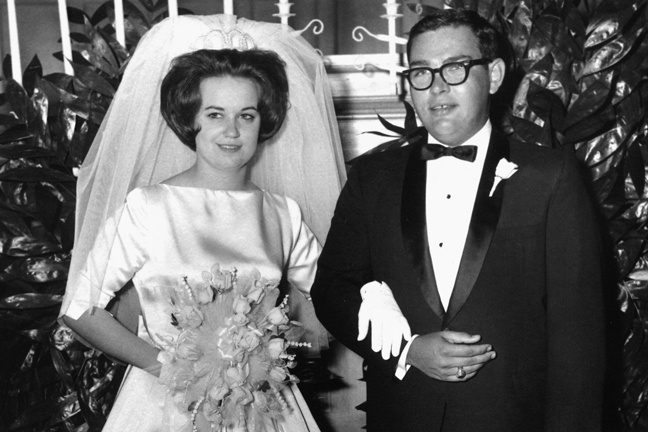 It was 50 years ago today, on Aug. 25, 1963, that Eleanor Elaine Watson, the only daughter of the late Lerue and Claudine Ellzey Watson, became the bride of Merlin Duke in an afternoon ceremony at Superior Avenue Baptist Church.

Officiating the service was the Rev. Sollie Smith. Music was provided by Huey Powe on piano and Theresa Thompson, organist. The wedding party included Sandra Jackson Ferguson and Jackie Hoppen Casanova as bridesmaids, while Lori Bass Purvis served as the flower girl. Groomsman Everett Watson is the only current local resident who served in that capacity.

The couple enjoyed a two-night honeymoon at the Sun-N-Sand in Biloxi, Miss., arriving at their destination in a 1956 Pontiac after being lost in Lucedale, Miss.

Today, in addition to celebrating their wedding anniversary, Mr. and Mrs. Duke, along with the entire congregation, will be celebrating the 107th anniversary of Elizabeth Sullivan Memorial United Methodist Church.