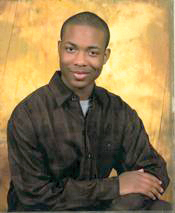 An outstanding student at Northdale Magnet Academy, he graduated as valedictorian of the Class of 2011. He was a student at Baton Rouge Community College as well as an employee of Cox Communication. James also was co-owner of Briggs and Sons Lawn Service and Professional Sound.

James had a passion for writing, but his first love was poetry. While pursuing his poetry, he won the Louisiana State finals and went on to compete on a national level. He was a very quiet and humble person, and no matter what, he always had a smile on his face. James will truly be missed by his family and friends.

He was preceded in death by his grandparents, Lacretta Briggs and Elzie Briggs; an uncle David Briggs; and two sisters, Latisha Briggs and LaKiesha Briggs.

Visitation will be held Friday, July 12 at Crain and Sons Funeral Home in Franklinton from 5-7 p.m.

The funeral Service will be held on Saturday at 11 a.m. at Mt. Olive Missionary Baptist Church, with the Rev. George Butler, pastor, and Elder Paul Briggs officiating. Interment will follow in the Mt. Olive Baptist Church Cemetery.