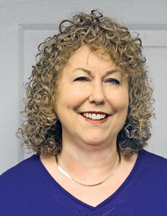 For Chicago Bears fans of a certain age and especially of the female gender, no one who ever played the game caused so many swoons and so many dreams as did quarterback James Robert “Jim” McMahon.

Mac, as most everyone called him, was that bad boy, cigarettes-rolled-up-in-the-sleeve-of-his-T-shirt kind of exciting, and so cool you could almost see frost as you looked for your image in the lenses of his Ray Bans, that is if you were lucky enough to get to see him up close and personal. By the way, it wasn’t really publicized at the time, but he wore those glasses because of an eye injury he suffered as a kid that made one of his eyes extremely sensitive to light.

His hair, while not long compared to how some players wear it now, was about chin length, but you really couldn’t tell because on the sidelines, instead of wearing the de rigueur baseball cap, he wore a wide, white headband, usually with the name of some cause or other he was promoting. Management, the commissioner and especially Coach Mike Ditka did not like that one bit.

Some called him “Mad Mac” or the “Punky Quarterback” because of his unique style, but most just watched and loved to watch him play. It didn’t hurt that he was surrounded with talented players, especially the man we called “Sweetness,” running back Walter Payton. And, former player Mike Ditka being the coach was just icing on the cake.

There were, of course, detractors, those who weren’t such rabid fans. They were the ones who thought he was a bit too delicate to play the position due to his many injuries over the years, beginning back in college. But he never left the game quietly — not Mac.

Consider, in 1984, in a game against the then Los Angeles Raiders, where he experienced a season-ending injury. Mad Mac valiantly tried to continue to play despite having bruised ribs and a lacerated kidney. The players said they could barely hear him in the huddle, and eventually he had to be carried from the field. It was said at the time that Mac’s urine looked like grape juice after the game.

With Mac knocked out of the lineup indefinitely, the Bears found themselves shut out when they played San Francisco in the NFC title game.

For most of his career, McMahon battled injuries, although at one point between the 1984 and 1987 seasons, he won 22 consecutive regular-season starts — 25 including playoffs and the Super Bowl — the longest regular season winning streak by an NFL quarterback at the time. Peyton Manning topped him in 2009, winning 23, but lost a Super Bowl during that time frame.

When I hit the turf,

I’ve got no plan.

I just throw my body

all over the field.

but I can throw the pill.

I motivate the cats,

I play so cool,

I aim to please.

That’s why you all

got here on the double

To catch me doin’

No, it wouldn’t win any prizes as rap goes, but if you’ve never seen the video you should really go on YouTube and watch it. It’s a hoot!

The success of the 45-rpm record (a 7-inch vinyl with a large hole in the middle for you youngsters out there) and the video presaged the success of that never-to-be-forgotten 1985 Bears season. Mac continued to lead the Bears all the way to New Orleans that season,clobbering the New England Patriots in Super Bowl XX by a score of 46-10.

And they did it their way.

Now almost 53 years old, McMahon has early symptoms of dementia, thanks in part, he says, to the concussions he suffered while playing football, both in the NFL and while playing in the NCAA at Brigham Young University. McMahon was quoted as saying, ‘There are a lot of times when I walk into a room and forget why I walked in there.’ Of course, between you and me, that happens to me all the time.

In 2011, McMahon and six other retired professional football players filed a class action lawsuit against the NFL, citing the league’s negligence and misconduct in its handling of concussion-related injuries

Mac’s also been quoted as saying if he had it to over he’d have played baseball.

And as much as fans like me are happy we got to see the happy-go-lucky quarterback play in the NFL, he’s probably right. You don’t often get concussions in baseball, and I’m sure he’d have been just as cool playing baseball as he was in spandex and pads.

Thanks for the memories, Mac. And for anyone who’s interested, I’m a Saints fan first, and a Bears fan whenever they’re not impacting the Saints.

Contact Jan Gibson at The Daily News, 732-2565, or email her at jan.gibson@wickcommunications.com.