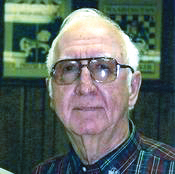 Born March 1, 1935, he was a longtime member of Stony Point Missionary Baptist Church and for nearly 50 years a member of Franklinton Masonic Lodge 101. He was a member of the Louisiana National Guard for 12 years before honorably discharging as a SPC E-7. He retired from Washington-St. Tammany Electric Co-op as a manager, while also working in real estate and insurance. During earlier years he was a proud coach with the Franklinton Little League.

He was always very civic minded and served three terms on the Franklinton Town Council, four years as Police Commissioner, and was a past president and board member of the Franklinton Chamber of Commerce.

He was preceded in death by a son, Bobby Kenneth McDaniel Jr.; his parents, Elder Tom McDaniel and Allie Creel McDaniel; six brothers; and four sisters.

Visitation will be held Monday, July 1 at Crain Funeral Home from 6-10 p.m., with a Masonic service at 7 p.m. Visitation continues on Tuesday at Stony Point Missionary Baptist Church from noon until time for the funeral service at 2 p.m., with Bro. Brent King, Bro. Donnie Broome and Bro. Larry Archote officiating. Burial followed in the church cemetery.