More memories of living on a farm 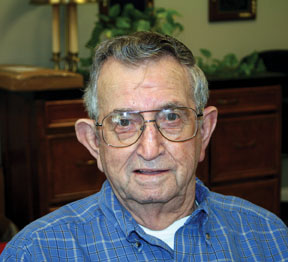 Because I lived on a dairy farm, I’m writing a sequel to “Memories Of Growing Up On A Farm” so that we can add the animals. The whole thing revolved around the cows that provided the milk, and also their upkeep and provisions. It was a big job milking some 30 cows every morning and it all started very early.

The dairy cows slept in an area called the cow lot, except when it rained. Then they slept in one of the barns and stalls. One barn was used for storing hay in the second level and had some stalls to be used when baby calves were coming along or when one of the animals was sick. The other barn had some machinery and an open area. An old car engine was mounted on a cement foundation and was used to drive a machine that made cornmeal from the ears of corn. This was an improvement over the first such motor and grinder that was located out in the edge of the pasture. This first motor was said to be from a car called a “Whippet,” or so we were told. It was used only about one month out of the year and a mechanic came and started it when it was needed. It was a problem sometime with the weather outside and the newer one was put under the barn.

A small John Deere tractor had an attachment that used a long flat rubber belt to drive the silage machine and as a regular farm tractor for plowing and planting. The same rig was used in the late summer months to power a big saw that we used to make firewood for the fireplace and what was called a ‘pot bellied’ heater. After the spring planting and regular farm work eased off we spent several weeks cutting trees and making the firewood. We didn’t notice much about it but actually children from about 8 years old on up were kept busy doing something and there was very little time for anything else, but maybe a trip to swim in Cassidy Park.

But the main stars on a dairy farm had to be the cows. Our farm usually had about 30 that were giving milk every day, morning and late evening. There were always several that were having a new baby calf or what we called ‘dried up.’ Two of the young sons did most of the milking by hand and daddy had to milk two or three because those were the cows that liked to kick and sometimes knock the milk bucket over. He put on some shackles that held their legs together so they were unable to kick. The gentle ones were used to coming in to eat the food in their troughs and the milking was just part of the program to them.

Back in the early days the milk was bought by an ice company and the higher the butterfat in the milk the better price they paid. That meant that most of the herd was either Jersey or Guernsey because they had the richest milk. Two of these were used as the ones that gave milk for the family and their milk was strained and put in a couple of big bowls in the refrigerator. Every morning the cream was scooped off each bowl and put in cream pitchers for use on the cereal or in the morning coffee.

As the years passed changes came along. The milk buyers became a company that sent a truck by to pick up the big 5-gallon stainless steel cans of milk from a platform out by the highway. Another change was the milk was bought by the pound and not according to the butterfat. This changed the herd from the Jerseys and Guernsey to the big black and white Holsteins, cows that gave much more milk but with a lot less cream. A couple of the Jerseys were kept for the house. Later on milking machines were bought when the sons went off to school or to work.

Living on a farm as a youngster was an interesting way of growing up. The good Lord blessed us then, and will today. May He help and bless you all today.