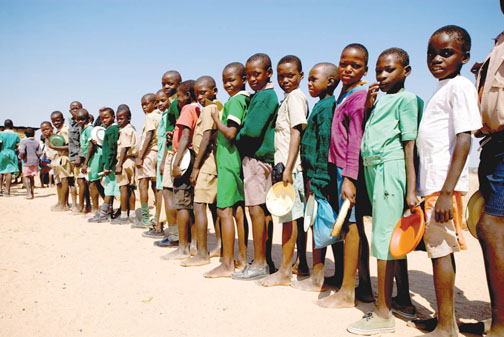 Ashtin Mullett, 17, of Sun, an active member of her church, school and community, has been selected to take part in a World Vision study tour to Ethiopia.

World Vision is described on its website, worldvision.org, as a “Christian humanitarian organization dedicated to working with children, families and their communities worldwide to reach their full potential by tackling the causes of poverty and injustice.”

Mullett said she has taken part in the organization’s 30 Hour Famine for six years. Participants get sponsors who donate a certain amount of money for each hour the students go without eating. Each dollar raised feeds a child for one day, she said.

The youth minister who brought the 30 Hour Famine to Mullett’s church, Hebron Baptist Church in Bush, is now a preacher in Tennessee, so the program was not done there this year. Mullett decided to register online and go it alone, where she normally would have 20-30 young people fasting along with her.

Through donations from church members, family and teachers, Mullett raised $2,262 during her 30 Hour Famine.

With that, she’d met the first requirement in applying for the study tour: raise at least $365. She also had to make a video less than three minutes long, during which she answered a series of questions, and post it to Youtube. She also had to fill out an application and submit two letters of reference.

After making it through the hurdles of interviews done via phone and Skype, Mullett learned May 31 she is one of 10 students who will be going to Ethiopia. The students going on the trip, selected out of a few thousand applicants, range in age from 14 to 19, and she is the only one from the South. She hasn’t met any of them in person, but they’ve been getting to know each other through Facebook and Skype.

She said she’s always wanted to go to Africa to help out. She’s also excited that she will get to experience the same thing as the children who are sponsored thorough World Vision.

While in Ethiopia, Mullett and the other members of her group, which also includes adults who work with World Vision, will visit families, help around their houses and assist with village cleanup and repair.

“We’re going to get their well water for them and just do the simple things and see what our money goes to, firsthand,” she said.

Mullett’s nine-day study tour experience, her first out-of-country trip, will begin Aug. 1, with a flight to Seattle for a day of training. Then she will be off to Ethiopia, returning to Louisiana Aug. 9 or 10, depending on the flight and time zone differences.

Even before the study tour begins, Mullett has a busy summer ahead of her. Youth from Hebron Baptist and Mt. Pleasant Baptist churches will be going to Oklahoma for a week, June 22-29, to teach Vacation Bible School at six different churches. She is directing two of the Bible schools.

Mullett is entering her senior year at Covington High School, where she plays varsity soccer and tennis and will be yearbook editor this year. She is a member of the Foreign Language Club and Next Generation and is National Honor Society reporter. Mullett, who is a painter and photographer, is also a part of the National Art Honor Society.

She is the daughter of Burrell and Allison Mullett and has one brother, Matthew Mullett. Her grandparents are Marion and the late Douglas Pounds and the late Heard and Janella Mullett.

Mullett is motivated to take part in the projects she does because she enjoys “making a difference to someone in even the slightest way.”

Her mom said she’s always been extremely empathetic. Allison Mullett said she is blown away by her daughter’s level of “want to do for other people” and selfless nature.

“I’m very proud and humbled that she gets to do all this,” she said. “I think she deserves it, and she’ll do great at it.”