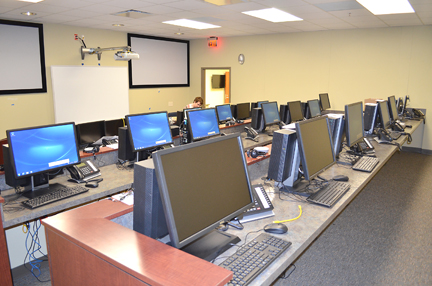 As the 2013 Atlantic Hurricane season gets under way, the Washington Parish Communications District, Government and Office of Emergency Preparedness and Homeland Security are putting the final polish on a facility designed and built to protect the public just as dramatically as the communications failures were after Hurricane Katrina.

Everyone is invited to check out the improvements for themselves by attending an Open House of the Washington Parish Communications/Emergency Operations Center, 54100 Dollar Road, from 10 a.m. to 2 p.m. Saturday.

Communications District Chair Jim Coleman is one of those who has been working hard to make sure the people of Washington Parish will be mightily impressed, but, most importantly, protected in times of emergency.

“We brought the best people we knew together as a team to design systems for an integrated approach to handling emergencies at this facility,” he said.

Redundancy is key. The previous dependency on one radio, telephone or Internet system, which could fail, is about to become a thing of the past.

And where emergency dispatchers throughout the parish now typically have two radios to use, there will be approximately 35 radios available in the center, all variable and each set on a different channel that can be remotely controlled from the dispatcher positions.

The radios themselves will be located in a separate, “bunker,” building and operated via computer

“We will also have emergency stand-by radios, in case the computer network were to fail,” Coleman said.

The facility enables a “control point” for answering 911 calls, he said.

“This (main) building has three full-functional dispatch positions, plus two emergency information advisory positions in the Incident Command Room,” Coleman said. “The Washington Parish Sheriff’s Office has committed to relocate its present dispatcher to our building, probably in July.

“The other two full-functional positions will be available for either the Bogalusa Police Department, the Franklinton Police Department or Northshore (Emergency Medical Services). They are in the process of evaluating their preferred dispatch locations.”

Dispatch capabilities will be maintained in the current WPSO, BPD and FPD locations so they can be used, depending on the situation.

“But they can come here at a moment’s notice,” Coleman said. “That gives a lot of capability they didn’t have before.”

The Washington Parish Office of Homeland Security will activate the emergency information advisory dispatch positions when needed, he added.

On Wednesday, the nine-acre compound was bustling with activity in advance of the Open House and in preparation for the Communications District administration to move its functions to the center by June 11.

Steve Lemoine of Lion Multi-Media in Slidell sat in front of huge display screens working on the audio/visual system.

He said he is excited about the facility’s “ability to send any computer to any display in any room of the building.”

There are nine, mostly 60-inch, flat television screens; two electronic white boards that allow mark up and saving of projected images; and four projectors, two of which can project four images at a time. There is touch-screen routing of video input to any display in the building and more.

There is also 10 miles of computer cable in the building.

Mike Davis of Gage Telephone and Information Technologies in Baton Rouge was also on site.

“The system is designed to be flexible, to respond to changing conditions during times of crisis,” he said. “It has enough flexibility and resiliency built in to handle challenging situations by having multiple redundant computer pathways for data communication.

“It’s designed to make sure we have a lot of choices in a crisis situation.”

Tiffany Early, who works for the general contractor, McMath of Mandeville, said she is highly impressed with the design of the center.

Her first project for the company was the rebuilding of two operating rooms at St. Tammany Parish Hospital.

“I thought that was complex, but this is so much more complex than I could ever imagine,” Early said. “It’s far more complex, and I would say as well thought out.

“When you look at an operating room, you have to know everything you will need before you start. Here they did every bit of that, too. They thought of immediate needs and future needs. Every bit of what went into those operating rooms went into this building. It’s like a piece of equipment. It’s a machine.”

Coleman, who had been interrupted by one person after another seeking direction or information, sat back, closed his eyes and smiled.

To find out more about the new operations center, attend the Open House on Saturday.