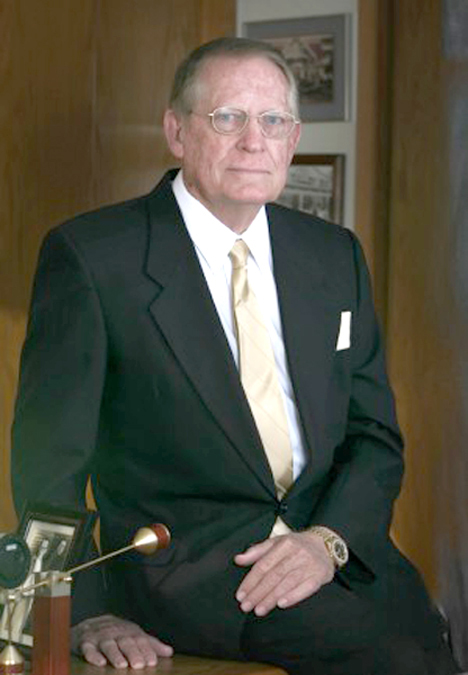 Lou Major, whose journalism career with The Daily News and its parent company Wick Communications spanned six decades, died on Tuesday. Major, a native of New Orleans who resided in Bogalusa for 55 years, had resided in Slidell since 2006. He was 82 years old when he succumbed after a several-years battle with lymphoma.

Born in Meridian, Miss., he was raised in New Orleans and Jefferson Parish. He attended Tulane University for two years and was a journalism graduate from LSU when he joined The Daily News as a news reporter in 1951. After subsequently serving as Sport Editor, News Editor, and General Manager, Major became publisher of the paper in 1963. He also served a period as publisher of The St. Tammany News-Banner and The Slidell Sentry News, both in St. Tammany Parish.

In 1993, Major became Executive Vice President of Wick Communications, which owns the Washington and St. Tammany Parish newspapers as well as Louisiana publications in LaPlace and New Iberia, and publications in a dozen other states. He then became President and CEO of Wick, guiding the Arizona-based Wick’s operations from his office at The Daily News via phone, fax, and email. He served on the Wick Board of Directors while he was the company’s chief operating officer, and continued on the board after his retirement in 2002. When his final term ended in 2012, he had worked with Wick Communications at local and corporate level for 60 years.

He was a member of the Louisiana Press Association 50-Year Club, and last April he was inducted into the LSU’s Manship School of Journalism Hall of Fame in recognition of his long career in community journalism. At the induction ceremony in Baton Rouge, Major was honored for his courage in leading The Daily News’ coverage of Bogalusa’s civil rights activities in the 1960s, in spite of threats by the Ku Klux Klan to The Daily News, to Major himself, and to his family.

Major also instituted and personally coordinated each year the Christmas Care and Share Program which has provided holiday food boxes to thousands of Washington Parish families for more than 20 years.

Major was active in the Mill Town Players and served on that community theater group’s board of directors. He served as president of Bogalusa Community Concerts; on the boards of the United Way, the Red Cross, and the Salvation Army, and was a member of the Bogalusa Rotary Club.

He was preceded in death by his parents, A.J. Major Sr. of New Roads and Bertha Lawrence Major or Laurel, Miss.; by his brother A.J. Major Jr., and by his sister Delores Major Harmeyer.

In accordance with his wishes, a private family service will be held.