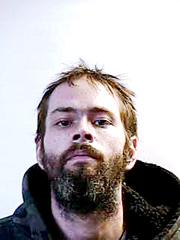 When they responded to a house fire on Spring Valley Road Friday, Washington Parish Sheriff’s deputies soon realized it was more than just a routine call.

When they arrived at the scene, they were told that people had heard a loud explosion prior to the fire. Then the deputies heard another blast from inside the burning residence.

According to Chief Deputy Mike Haley, they suspected a methamphetamine lab when they saw “materials traditionally used in making meth by the ‘shake and bake’ method, which is highly explosive.”

He said that, as far as he knows, no one was hurt in the explosion or fire.

One person was arrested, however, and warrants were issued for another.

“Deputies encountered Phillip Wayne Magee, 32, at the scene and arrested him on an outstanding warrant,” Haley said. “He was handcuffed and placed in the rear of a sheriff’s office vehicle. While in the vehicle, Magee attempted to kick out the rear window and was subdued by deputies on the scene.”

Haley could not confirm what charge was on the warrant.

Magee was transported to the Bogalusa jail to await transfer to the parish jail, and while being searched at the Bogalusa facility was found to be in possession of approximately five grams of suspected powder cocaine, Haley said.

That wasn’t the end of it, he said.

“Also while at the jail, Magee cut himself with a piece of glass and was transported to LSU (Bogalusa) Medical Center for treatment,” Haley said.

Later, at the Washington Parish Jail Magee was charged with manufacture of methamphetamine, resisting an officer, simple escape, introducing contraband into a jail, remaining on premises after being forbidden and simple damage to property.

Deputies also identified Krystal Ann Mizell, who had been at the scene, and issued a warrant for her arrest on a manufacture of methamphetamine charge, Haley said.

Sheriff Randy Seal praised his deputies for realizing and acting upon what could have been a dangerous situation.

“What started out as a house fire resulted in much more,” he said. “Our deputies were quick to recognize the presence of a meth lab in the house and did a great job protecting others who were in the immediate area. This is another example of the danger our men and women face when they respond to a call.

“The illegal manufacturing of meth is a problem in Washington Parish and we will continue to do all we can to put the meth producers out of business.”