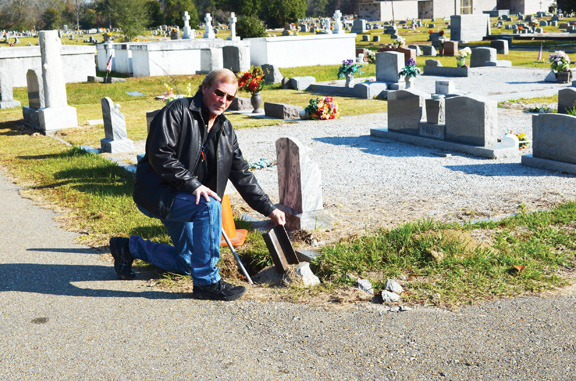 People with plots where the roads through Ponemah Cemetery intersect have erected a variety of objects over the years with the intention of keeping drivers from rolling over their properties.

The problem is that the railroad ties, cement posts and other deterrents are on city property, and people have been damaging their vehicles and making claims against the city.

Now the city wants them removed.

Public Works Director James Hall said Wednesday that he understands that those who have put up the bumpers or barriers are only trying to protect the remains of their loved ones.

“But they can’t put up a hazard that the city is responsible for,” he said. “Now we’re starting to get claims. I don’t know if it’s because of bigger automobiles or careless drivers, but even funeral homes are complaining. They can’t get a hearse around.”

Hall said, “They’re all coming up in January.”

But first, the city is giving everyone a chance to pull the objects up and put them on their own property.

“The usual cemetery plot is 20 by 20,” he said. “You can put them on your property, but you can’t put them on city property.”

In January, the city will pull up any remaining hazards and fill the holes in with sand, Hall said. Anyone who “puts one back” will get a ticket, he said.