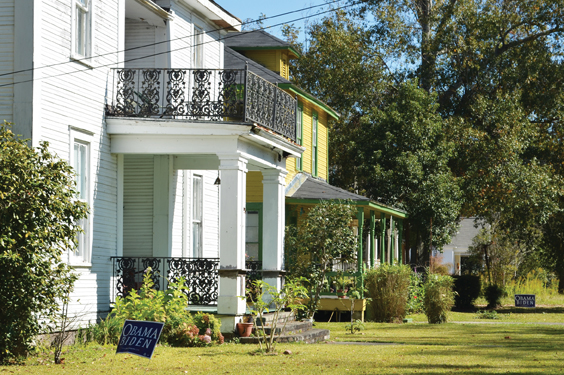 Presidential elections traditionally get people to the polls in large numbers, and the motivation is only increased when the races are tight enough to make everybody realize the importance of each individual vote.

Record numbers turned out across the country for the election Tuesday, and Washington Parish was likely among the locations that ended up needing to adjust the record books.

Clerk of Court Johnny D. Crain Jr. said Wednesday that 52 percent of the registered local voters turned out Tuesday and that he believes that is a record. A total of 27,703 Washington Parish residents are qualified to vote, and 14,270 of them took advantage of the opportunity to do so this week, he said.

While President Barack Obama won the nation for a second term, Mitt Romney took the state and more than half of the local vote.

According to unofficial numbers posted by Louisiana Secretary of State Tom Schedler’s office, Romney got 63 percent of the parish vote, Obama pulled in 35 percent, and each of the nine other candidates got some votes, with Libertarian candidate Gary Johnson and Green Party candidate Jill Stein leading that group with close to .5 percent of the vote apiece.

Obama did beat Romney in 12 of the 41 Washington Parish voting precincts, with good showings in Bogalusa and some areas of Varnado, Angie and Franklinton.

Local residents also voted overwhelmingly for Republican Rodney Alexander as their representative in Congress under the new redistricted configuration. Alexander won the 5th Congressional District seat, which includes 24 parishes, with 78 percent of the total vote, including 72 percent of the vote in Washington Parish.

According to the unofficial numbers, the majority of local voters agreed with those across the state who were in favor of all of the proposed state Constitutional Amendments except the sixth on the ballot, which involved property taxes in New Iberia.

The official numbers will soon be in according to Crain, who was scheduled to break the seals and open the voting machines Friday to begin the count.

The record-breaking presidential election marked the initiation to the job for both the clerk and Registrar of Voters Randy Strickland.

In the midst of the activity midday Tuesday, Strickland called it a “trial by fire,” but one that was going “pretty good.”

That sentiment held through the day, he said on Wednesday.

“Considering it was as busy as it was and that it was the first time for myself and Johnny and a couple of new commissioners, I think it went real good,” Strickland said.

He said he did note “some issues.”

“People said it took us too long to answer the phone,” Strickland said. “We had two lines and three people, and as soon as you put the receiver down it rang again.”

He said he did have some volunteers lined up to help, but that they were all scheduled for the evening hours.

“Next time we’ll spread them out,” Strickland said. “They can’t answer all the questions, but they can at least ask people to please hold.”

Many of the calls Tuesday were from commissioners, he said and added that additional phone lines are also a possibility.

But while his office was jumping, Strickland said he was not aware of any real problems for voters.

“I think it went well overall,” he said.

“It’s been a couple of days,” he exclaimed Thursday. “We had lines at pretty much every precinct. But everything seemed to run smooth other than having a lot of waiting because of all the amendments and stuff.”

Crain added that he does believe the turnout was a record.

“I feel like it was,” he said. “It was surely one of the biggest we’ve had in a long time.”