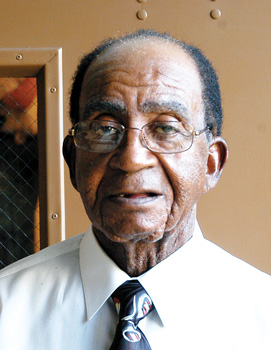 McClurie Sampson, a former Bogalusa city council member and sometime council president, passed away Saturday at the age of 84.

Sampson was a councilman from 1994 through 2006, and for years devoted his energies to working to establish a local Boys and Girls Club.

Current council president Teddy Drummond did not serve with Sampson, but did have contact. He remembered Sampson on Monday.

“I worked with him on the number two paper machine (at what is now International Paper),” he said. “I would have loved to have seen the Boys and Girls Club taken care of while he was here. He put his whole heart into it. I believe when he put his mind to something, it was like a steal trap in a good way.

“I hope this doesn’t put an end to the hopes of a Boys and Girls Club. Bless his heart, I thought he died talking about it.”

Council vice president Wendy Perrette said, “Mr. Sampson was an inspiration to us all.”

“He always had the city’s best interest at heart,” she said. “I wish he would have lived to see the Boys and Girls Club come to life that he worked so hard for.

“God bless him. I loved him and I’m going to miss seeing him and his little cap.”

Council secretary Brenda Ford was crushed to hear of the passing.

“He was one of the sweetest men and most well thought of for working on a Boys and Girls Club,” she said. “He worked so hard to get that here because he believed in what he was working on. He was a very, very good man. The city will miss him.”