City: Water service line letter not from us 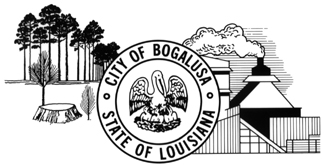 A correspondence that the City of Bogalusa warned residents about in March is apparently making another round.

While Chief of Police Joe Culpepper said he wouldn’t call the letter from HomeServe a scam, he does advise recipients to read it carefully.

The letter states that, “A recent review of our service area indicates that your home at…is not covered by Water Service Line Coverage from HomeServe.”

It goes on to say that, “Without this coverage, you are responsible for the full cost of maintaining and repairing the exterior water service line that brings fresh water to your property” and that “repairs to this line are not typically covered by basic homeowners insurance and could cost you thousands of dollars.”

The letter does use the term “optional coverage,” and at the bottom says that HomeServe is “an independent company separate from your local utility or community.”

Officials said the mailing is not from and has nothing to do with City Hall. HomeServe is noted on the letter as “an authorized representative for AMT Warranty Corp, the contract issuer.”

In March, the Daily News reported that AMT Warranty is not accredited by the Better Business Bureau and received a rating from the bureau of C- on a scale of A+ to F.