Growing up Black in Bogalusa 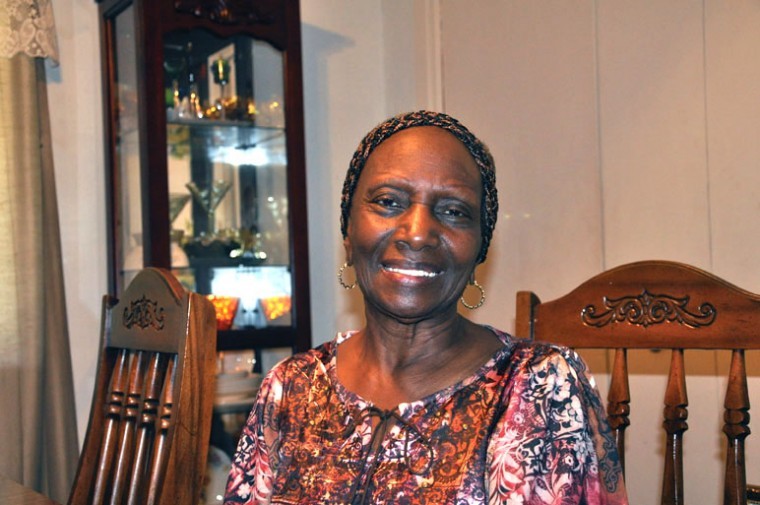 Bogalusa back in the ‘30s, ‘40s and ‘50s was a great place for kids to grow up. That’s the message that Mary Crumedy, Bogalusa born and bred, will be sharing with everyone who attends the next “My Story” session at The Louisiana Museum of Indian Culture, part of the Museums of Cassidy Park. The lecture will be held Sunday, June 3 at 2 p.m.

Crumedy, who is retired, seems to have the energy of a person half her age, as she volunteers selflessly at places around the city, including the Indian Museum and as a board member of the City Planning Commission. She also spends quite a lot of time working outdoors, tending to the numerous flowerbeds and plants spread creatively all around her home.

Raised on what was then Harper Street in Bogalusa, Crumedy is the daughter of the late Percy Adams and Edna Adams. But her mother died when Crumedy was still very young. Her father remarried within a few years, and she and the other four children still living at home were raised by “a great stepmother,” Lillie Adams.

“She was the greatest stepmother,” Crumedy said with a smile. “She had no children of her own and took on my daddy’s five children. I remember at the end of every summer she would take us on the Rebel (train) to New Orleans. We would go to the movies, shop on Canal Street and have just a fun day away from home. We’d leave at 8 a.m. and return at 6 p.m. Poppa was always there to pick us up in his cab.”

In the intervening years, Harper Street became 1st Street, and today it’s called Martin Luther King Jr. Drive. On that quiet street, said Crumedy, and throughout the surrounding neighborhood, the residents were already integrated, with the children of Italian families, Black families and white families playing together all up and down Harper Street.

Many Harper Street residents were in business for themselves.

“Mr. Sutton was a tailor for men’s clothes but he would sew for anyone, really,” said Crumedy. “There was Dr. Barton, a dentist, and my dad, Percy Adams, had his own business driving a cab. Sally Richards owned a beauty school, Miss King was a seamstress and Mr. Kayman owned a dry goods store.”

There were two funeral homes, very near one another, Crumedy said. One was Tucker Funeral Home, and the other was Cook Funeral Home, another family-owned business, where she remembers playing in the back where they made their own caskets. She and her siblings would hang around and play until such time as Mr. Cook would say, perhaps losing his patience, “Time for the Adams kids to go home.”

Crumedy and her 10 brothers and sisters had a wonderful childhood, she said. After she grew up, following the death of her beloved father, Crumedy got married and started her long and quite eclectic career.

She worked at the Bogalusa Medical Center as the dietary supervisor for 18 years, she said. “I really enjoyed working at the Medical Center.” She would have stayed where she was, but she was offered a position as secretary for the Bogalusa Medical Center Auxiliary, which she was able to do because a few years earlier she had taken stenographic classes at what was then the Vo-Tech school. She also worked as her own boss as a Mary Kay associate. She was so successful that she was “pinned” in Dallas, Texas by Mary Kay Ash herself. She was on the verge of getting her own pink Mary Kay car, when she was forced to give it all up when her doctor, Dr. Newman, told her the arthritis in her back precluded her from carrying around those big sample cases.

But, in 1965, Crumedy, who was now a mother of two, got caught up right in the middle of the long and harsh fight for integration in Bogalusa schools. Crumedy remembers: “It (the time of integration) was the hardest time of my life,” she said. Every day, she walked her daughter to the Columbia Street Elementary School, and every day, she said, she and her child were pelted with vicious remarks, usually accompanied by the “N” word, as they exited their car and walked between rows of white men and women to get to the front door of the school.

“There were two FBI men who said to me that they were there to protect me and that I didn’t need to walk my daughter to school every day.” That’s what they said, but Crumedy wasn’t about to let her daughter endure the hateful remarks and taunting without her mother by her side and holding her hand.

Crumedy said that the Deacons of Defense were always there to give her encouragement. She received threats, a lot of threats, she said, with some threatening to bomb her house.

“Don’t worry about that,” she remembers one of them saying to her. “I guarantee you will have men all around your house to protect you.” And it might have been because the Deacons surrounded her home that there was never any violence done to her or her family, but there’s really no way of knowing.

When asked how she came through that turbulent time with such grace and dignity she replied, “I don’t know. It was just the way I was brought up,” she said.

Eventually, things quieted down in Bogalusa. Crumedy’s children grew up, and every one of them graduated from college. She has a son and four daughters, and they are all married to wonderful spouses, she said. “I love my sons-in-law. I treat them like my own.

I’ve been blessed all these many years,” she said with a smile.

Animals are smart, too