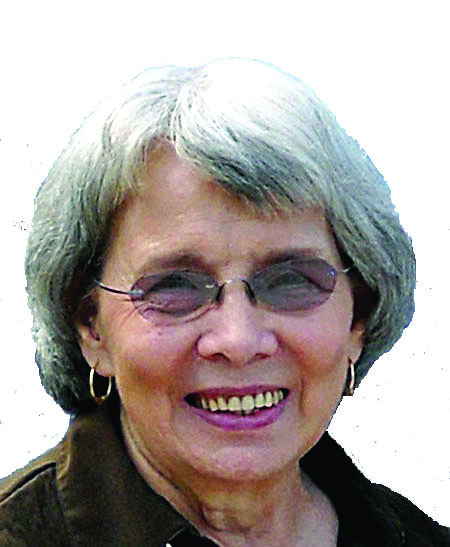 As children, one of our favorite things to do this time of year was to roam the woods around our house searching for huckleberries. We started before they started to get ripe, because to us, green huckleberries were the best. It was only by circumstance that any survived to get ripe.

From one year to the other we remembered where the bushes grew in the wild and we returned to those first. Every now and then we would find what we called wild blueberries, which were much larger than the regular huckleberries. Sometimes we would pick more than we could eat and we would take them to Mama, declaring we had enough for a pie. Sometimes we did, but more often she picked enough extra to make a “pie” that made the picking worthwhile.

Mama would put the berries on to boil with sugar and after cooking for a while, she would drop tiny little thin dumplings into the boiling syrup and let the dumplings cook. The result was a wonderful dessert served hot and topped off with thick cream skimmed from the top of cold milk in big crock bowls in the icebox. The milk was courtesy of our cow, Ready, which was milked by Mama every morning.

Huckleberries were always plentiful in the woods at Sheridan where we grew up, but at Pine where Rob lived, there were fewer berry bushes. His dad worked at the paper mill and during the time that huckleberries were ripe, they would get up very early and ride with him part of the way to Bogalusa. This was early, as he had to be at the mill for the 6 a.m. shift.

On the way to town, they would stop along the way and go onto the Gaylord pasture to pick huckleberries. This was fairly common practice and many people went there to pick berries. They grew plentifully under the very tall pine trees, with lots less underbrush than is found in modern times.

Rob’s mom would pack a lunch and they spent the day there until his dad returned after the shift ended at 2 p.m. During the day they would pick gallons of the wild berries.

His mom would can most of them to use in desserts and also made jam and jelly — so good on a hot buttered biscuit at breakfast time. These tasty free berries provided quite a delicacy all year. Families in those days canned just about anything they could grow — or collect from the wild — as there were no home freezers.

Another popular wild fruit was found in the fall — crabapples. We loved eating green crabapples with salt. Get a pocket full of crabapples and then pour some salt in the palm of your hand. Lick the side of the crabapple to make it moist and dip it in the salt for the first bite. After that, the crisp moistness of it was all that was needed to pick up the salt.

As I think back, I wince as I remember the sour taste of the crabapples and how they made my mouth feel. I don’t think I could eat one now if my life depended on it. But talk about good jelly! Crabapples make delicious jelly.

Another fall fruit from the woods I remember were the wild persimmons. Those you’d better wait to eat until they ripened. A green persimmon would cause your mouth to pucker quite disagreeably. The ripe ones were delicious, but quite seedy.

If you mention huckleberries, crabapples or wild persimmons to children today, they have no conception of the fun things we found in the woods in those days of our childhood. I suppose they can all still be found today, but with the plentiful supply of fruit from all over the world, there seems to be no need to go into the woods anymore.

I thought about this today as I was picking some big, beautiful blueberries. Although we may think of huckleberries as a wild blueberry, they do have a distinct taste that is a little different from today’s tame blueberries. I know several people who have huckleberry bushes in their yards and they say a wild huckleberry pie can’t be beat.

I can only imagine what the little children in my day picking tiny huckleberries in the woods would think about those big fat blueberries I was picking.

The excitement level we felt when we found that occasional wild blueberry bush with the bigger berries is memorable. Finding them just made our day.

Today’s children would probably be amazed that we even took the time to pick those tiny little berries at all.

Retired Lifestyle Editor Bob Ann Breland, a resident of Pine, writes a weekly column and may be contacted at bobann_b@ yahoo.com.