Animals are smart, too 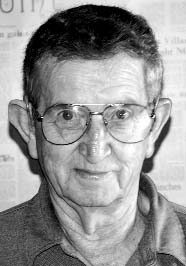 Back in our growing up years, it was natural for everyone to have one or more dogs. They were called yard dogs, because that is where they lived. A lot of men had bird dogs that helped locate a covey of quail and these dogs would stand and point at where the birds were. When the covey flew and the man shot, one or more birds would fall. Then the dog would go out pick up the birds and bring them to the hunter. Many of these dogs were considered valuable property and they were well taken care of. In South Alabama every year there would be a quail-hunting contest and the best dogs in the area were used to compete. A couple of the local doctors and businessmen had a trainer who cared for their dogs all year and got them ready for the contest. After the hunt was over there was a lot of trading and swapping of the dogs.

In our part of town we all had dogs, usually for squirrel, bird or rabbit hunting. That was a time when hunting was done to add to the family’s food supply. We had three Red Bone Hounds that had a talent for rabbit hunting. Once they jumped a rabbit they would chase it until someone shot the animal or it got to be too dark to chase. They never gave up until dark, and then came home ready to eat.

There were a lot of small dogs that were just pets and they were treated like the children, but they too, lived in the yard. One small dog came along the highway and came up on our front porch and bit the mama bird dog and several of the puppies. When it was found that the little dog had rabies the bird dog and her puppies were done away with, and that was a sad occasion. The family member that was bitten had to undergo a series of rabies shots, like 14 injections over a two-week period — a very painful treatment.

We see some smart dogs on television now on a couple of talent contest shows. They have learned to walk on their hind legs and do all sorts of dance steps with a young lady. It gets to be interesting and you sometimes wonder how in the world do they teach those animals to do those things. The police and military also use dogs to help with their work. We see dogs catching criminals, searching for bombs, or helping locate missing people, all well-trained animals. We see a few cats on the TV shows but they don’t seem to be as talented as the dogs.

Many other animals are fairly smart, too. We have a small raccoon, a squirrel and a mourning dove, and all of them think our yard is their home. The squirrel is probably the smartest and also the nosiest, too.

He will investigate anything he sees in the yard and has even been seen under the hood of the car where he put acorns in a frame of the hood. It always made a noise when the hood was raised. He also likes to dig in the potted plants and bite off leaves or cactus shoots. The lonesome dove is a widow or a widower and will live the rest of its life as a lone bird, without ever having another partner.

The most interesting is the little raccoon that comes every evening looking for some food. About 4:30 p.m. every afternoon he will come look in the sliding glass door to see if anyone is getting ready to come out and feed him. He loves the bird food, especially the sunflower seeds, and pieces of bread that have been saved for him. If he doesn’t see any activity he will come up on the patio or even onto the carport, looking for someone. This little fellow knows that about 6 p.m. the big raccoons will come and he will have to leave, but he will be full by that time. One thing he really likes is any popcorn we may have left, buttered or not.

The Good Lord made these animals and they have a life cycle just like we do. He blesses them every day along with us, too.