A time of remembrance and reflection 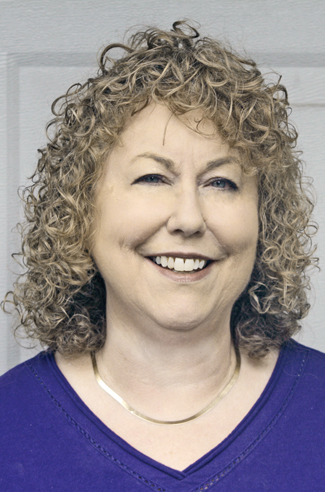 In just a few days, people in Washington Parish and all over America will enjoy a long holiday weekend, Memorial Day. Now deemed the unofficial start of summer, Memorial Day weekend activities include cookouts, barbecues, picnics, fun on the water and a few days away from work to rest and relax. For many, that’s the entire reason for the holiday. But for most, Memorial Day is a day set aside to honor those who died in the service of their country.

Communities everywhere honor their war dead with parades, ceremonies and by placing small American flags on the graves of veterans. Citizens decorate their homes with bunting and other decorations to honor the fallen. The VFW sells imitation poppies made by veterans. Flags are flown at half-staff until noon on Memorial Day, and raised to full staff for the rest of the day. Then, at 3 p.m., all Americans are asked to pause from whatever they’re doing for a national moment of remembrance. Somewhat ironically, Memorial Day weekend death tolls for any reason in the United States are higher than for almost any other weekend of the year.

The Memorial Day holiday had its beginning more than 100 years ago, a day set aside to honor those who died “in defense of their country during the late rebellion,” that being the Civil War. Gen. John A. Logan of the Grand Army of the Republic proclaimed the day “Decoration Day,” where mourners of both Union and Confederate war dead decorated their graves with flowers. On that first Decoration Day, May 30, 1868, thousands heard a speech made by Gen. James Garfield at Arlington National Cemetery in Virginia, more than 5,000 of which helped to decorate the graves of the more than 20,000 soldiers, both Union and Confederate, who were buried at the cemetery. But even before that, communities in Mississippi, Georgia, Virginia, Pennsylvania and Illinois had begun to honor those slain on the battlefield locally. But it was Waterloo, New York, that in 1966 President Lyndon B. Johnson declared the official birthplace of Memorial Day. In 1971 Congress declared Memorial Day a national holiday, to be celebrated the last Monday in May. And presidents and vice presidents annually give a speech at Arlington National Cemetery and place a wreath at the Tomb of the Unknown Soldier. And each grave is decorated with a small American flag, commemorating that first Decoration Day service held just three years after the end of the Civil War.

So, what will you do for the Memorial Day holiday? Most everyone tries to get outside and enjoy the prelude to summer. Many stay home and host family and friends to a day of good food and fellowship. Others visit their local parks and many travel to places such as Disney World or one of the national parks. But at 3 p.m. on Monday, May 28, hopefully will take a moment to remember those who gave their lives to protect all Americans.

For those who plan to enjoy their holiday at home, following are some quick and delicious recipes to feed everyone as they enjoy their three-day weekend.

On this Field of the Grounded Arms,

Where foes no more molest,

Ye have slept on the ground before,

And started to your feet

At the cannons sudden roar,

Or the drums redoubling beat.

But in this camp of Death

No sound your slumber breaks;

Here is no fevered breath,

No wound that bleeds and aches.

All is repose and peace,

The shouts of battle cease,

It is the Truce of God!

The thoughts of men shall be

As sentinels to keep

Your rest from danger free.

Your silent tents of green

We deck with fragrant flowers

Yours has the suffering been,

The memory shall be ours.

From The Atlantic Monthly, June 1882