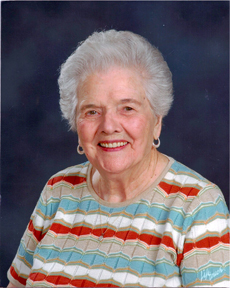 Lillie Mae Jones Ford, 100, a resident of Heritage Manor Nursing Home in Mandeville, passed away Thursday, Aug. 2, 2012. She was born May 4, 1912 in Franklinton and was a lifelong member of the Franklinton First Baptist Church.

As a former teacher, principal and Franklinton’s “Citizen of the Year,” she spent countless hours in giving and helping others. “She was a model citizen — a citizen who led the life we all should live. God guided her; laughter preceded her; happiness walked with her; peace followed her.”

She is survived by her daughters, son and their spouses, Patricia and Dale Branch of Bogalusa, Warrene and Fred Dack of Diamondhead, Miss., Thomas Warren and Ginger Ford of Mandeville and Deborah and Bob Burris of Mandeville; one sister, Jessie Bernard of Natchitoches; grandchildren and their spouses, Ed and Lana Branch of Franklinton, Amy Ragusa of Mandeville, Kristine Hulse of Eureka, Calif., Tricia and Scott Simmons of Los Angeles, Calif., April Bush of Mandeville, Madison and Ashley Burris of Mandeville and Rebecca Burris of Austin, Texas; great-grandchildren, Nick and Tommy Ragusa, Brayden and Bailey Burris and Quentin Simmons; and numerous neices and nephews.

Mrs. Ford continued to give to others when she donated her body to science.

There will be a “Celebration of her Life” on Saturday, Aug. 11 at the Franklinton First Baptist Church at 2 p.m.

In lieu of flowers, donations can be made to the Senior Choir at First Baptist Church.