Rain stays away while Bogalusa jams 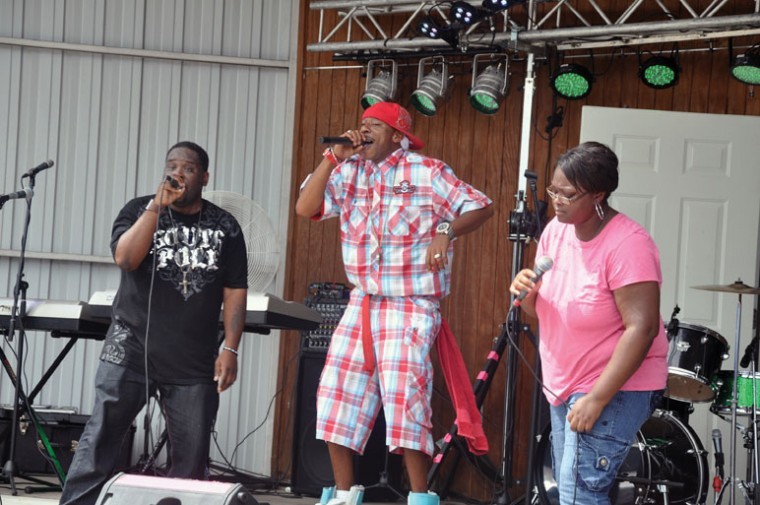 In the midst of a days-long widespread weather event that flooded streets and more throughout the region, not a drop of rain fell on the Bogalusa Jam III. Maybe it was because the whole first half of the music gathering was dedicated to gospel in its many forms.

The day started off with traditional gospel music, gospel rap, a gospel skit and the spoken word. Former New Orleans Saints football player, Joe Horn, even made the trip from the south shore, under threatening skies, to share a positive message with those assembled at the Bennie’s amphitheater downtown.

The weather and the spirit held throughout the evening when the gospel performers gave up the stage to practitioners of rap, hip-hop and other genres.

Besides music in its many forms, the daylong event also included the presentation of a 2012 Lifetime Achievement Award to Coach Eugene Butler, of keys to the city for Rev. Bruce Brown Sr. and Rev. James Bickham, both of WBOX, and to Rev. Raymond Mims of Greater Ebenezer Baptist Church and of certificates of appreciation to the dozens of participants from the event organizers, Thomas and Gloria Kates and Dracus Sartin.