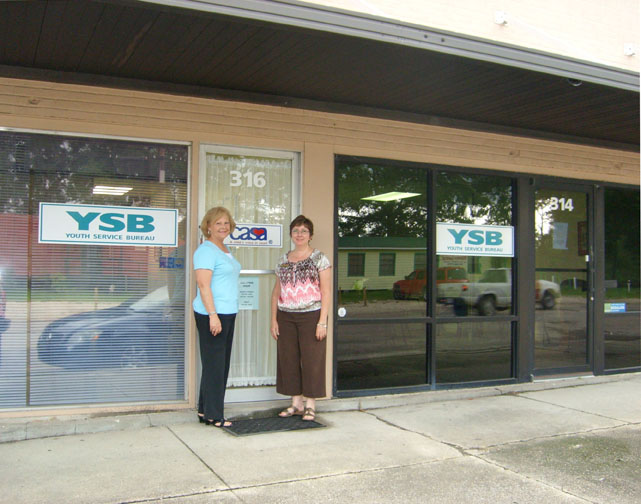 A volunteer recruitment effort is currently under way at Youth Service Bureau CASA.

The CASA, or Court Appointed Special Advocates, program is comprised of adult volunteers who serve as representatives for children in the foster care system who have been removed from their parents’ home because of abuse or neglect and are under court supervision, said Mary Slazer, director of the CASA program that serves the 22nd Judicial District, which includes Washington and St. Tammany parishes.

“The CASA volunteer carefully researches the child’s circumstances,” she said. “They find out what’s going on in their lives and their foster home and then make a report to the court to let the judge know how they’re doing, how they’re adjusting to foster care.”

The volunteer will also ensure that there is an appropriate plan for the child’s future, so he or she will not linger in the foster care system, Slazer said.

“The CASA volunteer is an extra set of eyes and ears for the judge, just to make recommendations on the child’s best interest,” she said.

A nationwide effort, the CASA program has been in place since 1989. The program’s mission, she said, “is to train and supervise these adult volunteers to be the voice of the children in the juvenile court.” This, in turn, helps the judges find safe and permanent homes for the children.

“It’s an invaluable service to the court, and I’m sure that the other judges who do juvenile work within the 22nd Judicial District Court would also agree that the CASA program, which is part of the umbrella of the Youth Service Bureau, is a wonderful program that’s very beneficial to the court,” Bogalusa City Judge Robert Black said, adding that it is one of several programs sponsored by the Youth Service Bureau.

The volunteers, under court assignment and in the course of the their research, visit the foster homes where the children are placed, Slazer said.

“That’s the most important and most rewarding thing they do, is spend time with the children, getting to know them a little bit,” she said. “Then they talk to everyone who’s involved in the child’s life, and that starts with the child welfare social worker who’s responsible for the child’s plan.”

While researching the child’s case, volunteers also speak to all the people who are involved in the child’s life, including daycare providers, teachers, grandparents, foster parents, doctors and therapists, and spend a bit of time checking in with the child’s parents to learn how they are progressing with “correcting the problem that led to their child being in foster care,” Slazer said.

However, the judges are invested in the safety of the CASA volunteers and do not expect them to go into situations that are unsafe, Slazer reassured potential volunteers.

“A lot of people are concerned that they might have to go into a home where drugs are being abused or there’s domestic violence, and that is not an expectation of the CASA program,” she said.

The state’s Department of Children and Family Services has its “wagon loaded,” Black said.

“They have more cases than I’m sure they would like to, and so it’s hard for them to do everything that we would all like for them to do for these foster children,” he added.

That is where the CASA volunteers come in since they can fill the court in on all of the child’s needs and individual situation.

In general, a CASA volunteer will work with a child until his or her case is resolved. That assignment typically lasts about 12 months, Slazer said. Volunteers need not wait until they are retired to join the organization, she added.

“Most of our CASA volunteers are employed, a lot of them full time, and they’re still able to do the CASA work around their employment,” she said.

Last year, about 45 Washington Parish volunteers served about 100 children in the parish, Slazer said. There were nearly 300 parish children in foster care last year, she said.

Sharon Lorio is CASA supervisor for the Bogalusa Youth Service Bureau office, located at 314 Austin St. The phone number for the office is 735-9114. The Franklinton office, where Oleta Hatmaker is CASA supervisor, is located at 911 Washington St. and can be reached at 839-4090. Offices are also located in Covington and Slidell.

Anyone interested in becoming a volunteer can call one of the CASA offices to request an information packet, which will then be sent to his or her home, Slazer said. The packet will provide an application that must be submitted and details about the role of the CASA volunteer, she said. Potential volunteers must be at least 21 years old. CASA is looking for high school graduates who have “not had any involvement in the child welfare system personally,” she said.

“We do a very extensive criminal background screening,” she said. “Once that screening is completed — if they’re accepted into our training — then they would participate in about 36 hours of training. We provide really thorough training. It gets the CASA volunteer ready to perform their role.”

Training is periodically offered in Washington Parish, including an upcoming fall training session, and is offered several times during the year in Slidell and Covington, Slazer said.

The CASA staff provides a great deal of guidance and support to the program’s volunteers, Slazer said.

“They are not thrown out there on their own to figure out what’s best for a child,” she said. “They have a supervisor who works very closely with them to help them … research their case and make their recommendations to the court.”

Slazer said she thinks many people might be leery about getting involved with CASA because they have the impression that working with children who have been abused or neglected will be a sad experience, but the volunteers realize that is not the case once they get started with their work.

“It’s very positive and joyful, because you get to know a child,” she said. “You get to see them go to a better place. Either their parents are going to get well and take care of them and they get to go home, which is absolutely the best outcome for a child, or they’re going to find a safe and permanent home another way.

“They might be freed for adoption, or they might have relatives who can keep them safe until they’re adults. But it’s a very positive thing to just be part of a child’s life through that journey.”