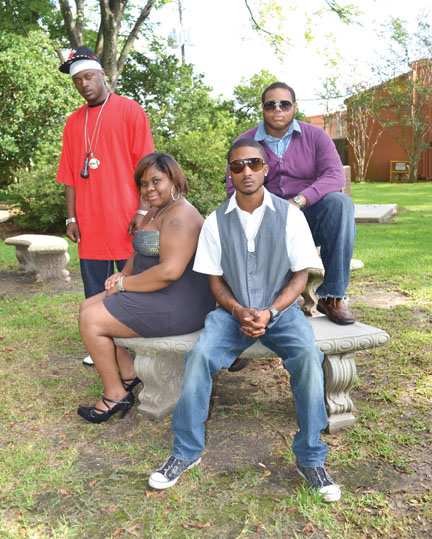 The Magic City is expected to show a significant increase in population on Saturday when Bogalusa Summer Jam III fills the historic downtown district with gospel, rhythm and blues, hip-hop and Southern soul music plus a bit of comedy and even a former New Orleans Saint.

Thomas and Gloria Kates and Dracus Sartin, event organizers, say they attracted thousands to the family-friendly event in its first two years and that the third time promises to be even more of a charm.

More than 20 local performers are scheduled to take turns on the Bennie’s Amphitheater stage with headliners of national and international prominence.

The organizers say that the message of the day will be positive, and they’ve even lined up former Saints wide receiver Joe Horn to add some points in that regard. The longtime fan-favorite is also expected to bring some of his Bayou 87 BBQ sauce to offer for sale.

But the primary focus of the jam is music, and III will cover a range of styles, from gospel, blues and Southern soul to hip-hop and rap.

The “main attractions” will have lots of company, including talented and acclaimed solo artists, bands and choruses from nearby and across the country.

Many of the performers can be checked out in advance on Facebook and Youtube. They include Sartin, alias D-Star “Baby,” a local music man who helped birth the Jam and who made the trip back from Fayetteville, where he’s been working both on his sounds and as a model for clothing and jewelry designer Thesis, to help guide the growth of the project.

The show will run from noon to 10 p.m., with the gospel performers in the spotlight from noon through 4:30 p.m. and the others taking charge into the night.

While the music stimulates the air, there will be children’s activities, plenty of food, and arts and crafts booths for people to peruse.

The Kates and Sartin say the focus is on family-friendly entertainment and that no alcohol will be permitted during the Jam.