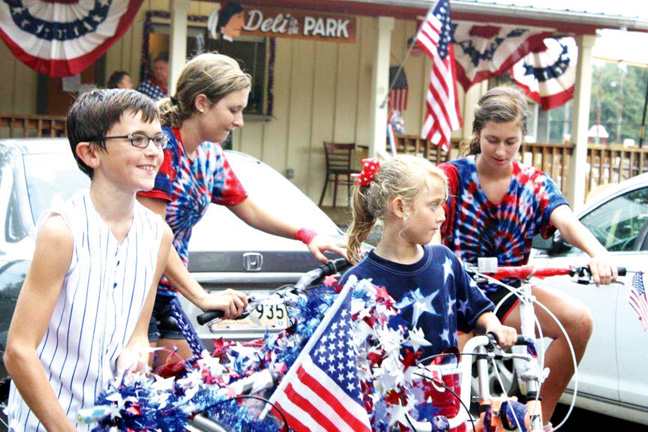 The daylong joint celebration of the Fourth of July and Bogalusa’s birthday Wednesday brought huge crowds to the streets, to Cassidy Park and to Lewis Murray Stadium, and offered a glimpse of even greater things to come when the city celebrates its Centennial Jubilee in 2014.

The Fourth of July extravaganza, which was sponsored by American Legion Magic City Post 24 and the city of Bogalusa, got started with an extraordinary parade that included heroes, beauty queens and city leaders and which was topped off, literally, with a flag-waving Coast Guard helicopter flyover salute.

The Fourth festivities continued with a fun-filled afternoon at the park and went out with a bang, the traditional professional fireworks display over the high school stadium.

Many hundreds braved the unusually intense heat to participate in or attend the events. Those who stuck with it into the afternoon to take advantage of watermelon contests, a bike parade, music and more at the park were rewarded with a gentle shower that provided a cooling respite but did not dampen any of the wide-ranging fun.

The Bogalusa Police Department reports that a good time was had by all, and that everybody pretty much behaved themselves.