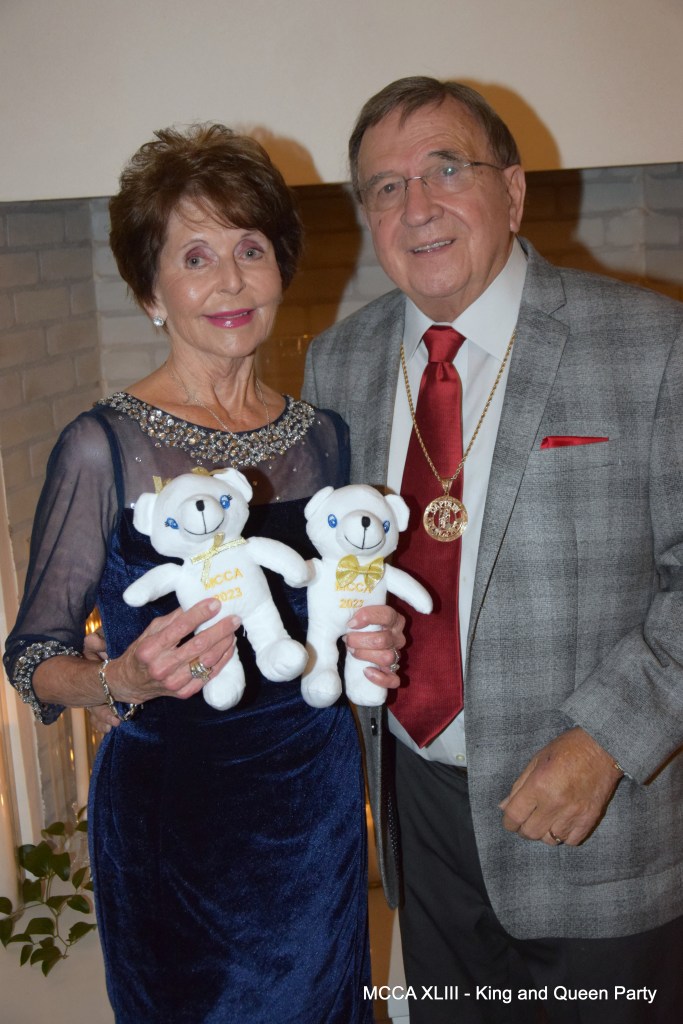 The Krewe of MCCA has a long-standing tradition of producing plush beanie bears each Mardi Gras Season as collectibles for Krewe members and their family and friends, and as the premium parade throw.

The 2023 MCCA Bears – are named CAPTAIN and QUEEN GEORGIA.

Apparently the officers of the Krewe of MCCA, in their wisdom, concluded that 42 years of service as Captain of the Krewe, and 42 years serving as the First Lady of MCCA warranted having a great MCCA bear named in your honor. The Bears are a super-nice, sparkling white. The male bear for the MCCA Krewe member men wears a gold bowtie, and the female bear for the members of the Ladies’ float groups  is in feminine attire with gold trim. Both have their names and birth dates in pretty gold monogramming. 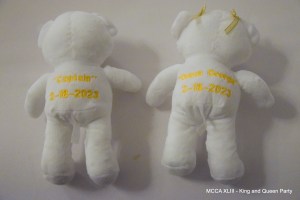 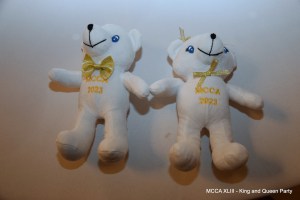