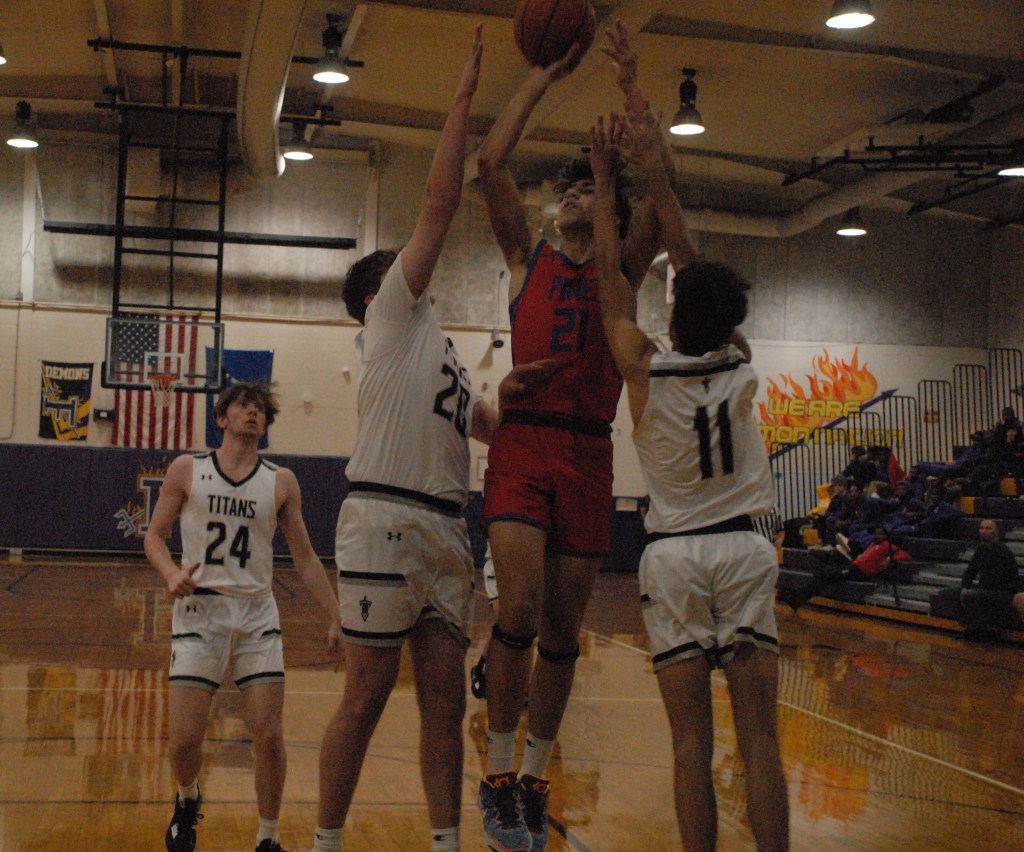 Pine's Zach Thomas goes up for a shot in a game this season.

Pine defeated Bogalusa and Albany in District 7-3A games that took place on Jan. 13 and Tuesday.

Breden Arceneaux had four points that included a 3-pointer.

Braylon Lott, Blaise Seal and Thomas Bernard all had two.

Damon Tillman and Nigel Caldwell both had two.

Garrett led the way with 15 points.

Johnson and Dupre both tallied five.

Barber and Bernard both recorded one.

Pine’s next game will be on Jan. 19 against Jewel Sumner on the road.

Bogalusa’s next contest will be on Jan. 24 against Amite at home.