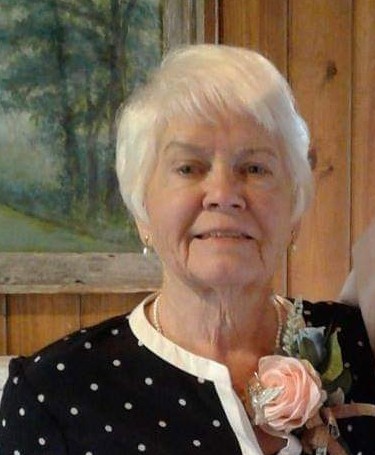 As all good things must come to an end. Jane Lively Toney left this world for the next on Dec. 24, 2022. Jane was a beloved wife, mother, grandmother and great-grandmother. She was preceded in her leaving by her husband, Robert Lee Toney; son, Robert Len Toney; parents, Claude and Velma Lively; and siblings Leonard Lively, Sam Lively, Leroy Lively, Betty Jean Markey, Elwood Lively, Edith Hayman, Bessie Craig and her best friend and confidant Sarahann Wilkinson. Jane is survived by her children-Judy Campbell (Russ Robb), Mary Toney Bucy (Mark Green), Wayne Toney and Richard Toney; grandchildren Katie Bucy, Connor Bucy (Hannah), Jason Toney (Jessi), Jeremy Toney, Rachel Lee Smak (Thomas), Robert Toney, Steven Toney, Colleen Campbell, Meredith Campbell; great-grandchildren Tallulah Jewel Green, Etta Siriano, Ellie Smak, and Red Walker; and her much loved brothers, Dick and Billy Lively, as well as other family and friends too numerous to count.
Born and raised in Bogalusa, La., Jane married the love of her life, Robert L. Toney after high school. During Bob’s college and Air Force years, Jane and Bob lived in Ruston, La., Lake Charles, La. and Fort Walton Beach Fla. In September of 1968, Jane and her family moved to Huntsville, Ala. where she would live the rest of her life and raise her five children. Jane was a lifelong learner and always kept an open mind. She was the undisputed best at Wheel of Fortune and Jeopardy, often guessing the answer before the rest of us had a chance to hear the question. Jane’s kindness and patience were never ending. She not only tolerated the odd interests of her children and grandchildren-she embraced and encouraged them. She asked questions and listened, and she made you feel like you were the only person in the world when you were talking to her. You could call Jane on the phone and before you knew it, an hour or two had gone by, and it was an hour or two well spent. Jane was a wonderful mother, but maybe an even better grandmother. She never complained when all her blankets and sheets were used to make tent cities, or when the kitchen was a mess after a session of making soups and potions. She eventually became the keeper of the Spy Club and Fashion Club manifestos and delighted in posting them to her Facebook when we were feeling a little too grown-up or serious. While none of us grew up to be what some would consider a raging success and some are still finding their way, Jane always made sure that we knew she was proud of us. Her house was always a safe place for friends and family alike. She had a fantastic sense of humor that was ageless, and we will miss her laugh so much.
Jane made friends wherever she went, whether it was the waiting area of the car repair shop or the aisles of her favorite thrift store. People were drawn to her genuine kindness and she was never too busy to lend a caring ear. She especially enjoyed connecting with friends Sharon Bond, Edith Ratliff, Emily Sommer, Priscilla Hicks and Sylvia Hay via Facebook. These ladies all grew up in Bogalusa around the same time as Jane and although she never met most of them in person, they grew very close and became like family to her.
Some things that will forever remind us of Jane include hummingbirds, Pink Perfection camellias, homemade preserves, cinnamon toast and a good thriller. She loved trying new foods, especially Asian, Indian and Greek, and she was always up for a trip to the thrift store to dig for treasure. She especially loved The Ark Inc. and the family asks that in lieu of flowers, donations be made to The Ark Inc. Animal Shelter.
According to Jane’s wishes, no public service will be held. Jane’s and Bob’s ashes will be returned to the place where they met and fell in love at a later date. Together forever, as they were always meant to be.
While we are all less for her leaving, we are immeasurably more for having known her.
“If I had a flower for every time I thought of you, I could walk in my garden forever.”-Alfred Tennyson.