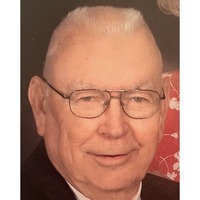 Percy Ray Stafford, age 88, was born on Jan. 3, 1934 in Bogalusa, La. He passed away on Tuesday, Dec. 20, 2022 at St. Tammany Parish Hospital in Covington, La.
He grew up in Bogalusa and served in the United States Army as a paratrooper from 1953 to 1956. He attended both LSU and USL where he received a degree in Electrical Engineering. For many years, he lived in Dickinson, Texas and worked as a facility manager at Mission Control Center at NASA’s Johnson Space Center in Houston. He and his wife, Angel retired to Bogalusa in 1998.
Percy is survived by his daughter: Melanie Stafford Mauldin of Ridgefield, Conn.; his son: Michael and wife Sonja Rodriguez Stafford of Yuma, Ariz.; three grandchildren: Harrison Stafford Mauldin, Matthew Michael Mauldin and Emily Grace Mauldin. He is also survived by many nieces and nephews who held very special relationships with him.
He is preceded in death by his wife, Angeline “Angel” Saltaformaggio Stafford; his parents: Jewel and Willie Mae Jones Stafford and his sister and brother-in-law: Mildred Stafford Mizell and Hubert Mizell.
Percy was a member of Annunciation Catholic Church and visitation will be held there on Wednesday, Dec. 28, 2022. Visitation is from noon until 2 p.m. with the funeral mass to follow. Father Pat Collum will officiate with interment and Military Honors to follow at Ponemah Cemetery. Please gather with us at the Annunciation Church’s Dobyns Center after the interment.
Active pallbearers: Stephen Genco, Sam Saltaformaggio, Brad Saltaformaggio, Octave Anthaume, Kevin Keyser and Michael Partridge.
Honorary pallbearers: Bryan Genco, Gary Genco, John Saltaformaggio and Donny Yuratich.
To view and sign the guestbook for the Stafford family, please visit www.pooleritchiefuneralhome.com.