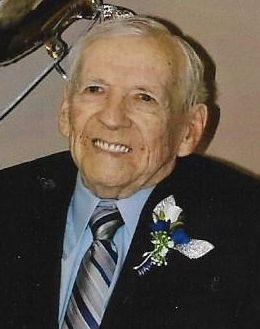 James Vernell Hamilton, age 89, and a resident of Franklinton passed away Monday night Nov. 21, 2022 at Heritage Manor Nursing Home. He was retired from Avondale Shipyards and also worked for many years at the bag factory of Crown Zellerbach. James was a true “jack-of all-trades” as he could do any handy-man job, mechanical or electrical work. He proudly served his country in the United States Navy stationed on the U.S.S. Buck during the Korean War. He was a longtime active member of Lawrence Creek Missionary Baptist Church that loved the Lord and was always very strong in his faith. James served his church family as a Sunday School teacher, church clerk and choir director, as he had a great love for gospel music throughout his life. He enjoyed farming his property with beef cattle after having a dairy farm in the years prior. James was forever a loving husband, father and grandfather that cherished the time spent with his family and grandchildren.

Visitation will be at Crain Funeral Home on Sunday Nov. 27 from 5 p.m. until 9 p.m. Visitation will continue Monday at Lawrence Creek Missionary Baptist Church (28608 James Creel Road, Franklinton, LA 70438) from 9 a.m. until the funeral service at noon with Eld. Duane Ball, Eld. Don Jacobs and Eld. Mark Hobgood officiating. Burial with military honors will follow in the Magee Cemetery at Lawrence Creek.

In lieu of flowers, the family prefers memorial donations to Lawrence Creek Baptist Church at the address above.

To send flowers or a memorial gift to the family of James Vernell Hamilton please visit our Sympathy Store.