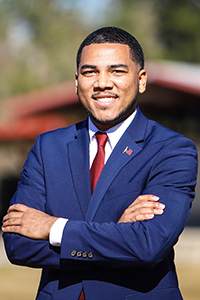 Tyrin Truong will be the next mayor of Bogalusa, according to unofficial results released Tuesday night by the Louisiana Secretary of State’s office.

With all precincts reporting, the 23-year-old Truong had 56 percent of the vote. Teddy Drummond had 25 percent and incumbent mayor Wendy Perrette had 19 percent.

“I will look back on my years of service to all the citizens of Bogalusa as among the best in my life,” Perrette said, in a statement. Perrette, 47, served three terms on the Bogalusa City Council before being elected mayor in 2014. “We accomplished a lot and there is so much more to be done, but the people of this community have always risen to and overcome any challenge. I’m confident they will continue to do so.

“I wish the mayor-elect well, but young Tyrin has demonstrated repeatedly during this campaign that he lacks the skills necessary to lead and unite our city,” Perrette said. “I pray I am wrong. During the transition period I will help any way that I can. I am truly grateful for the opportunity to serve the people of Bogalusa for the last 20 years, and I’ll continue to do what I can to make our community a better place.”

In other completed races:

Keith R. Giles and Justin Brown appear headed for a runoff in Parish School Board District 1.

Lee Alan McCain had 50%, David Pettit had 42% and Brynnan Cooper had 8% in Parish School Board District 7. It was not immediately clear if there would be a runoff in this race.

Frankie Crosby Sr. and Sarah Burris appear headed for a runoff in Parish School Board District 8.

All three 10-mill renewals for Fire Protection Districts 5-7 passed with at least 73 percent of the vote.