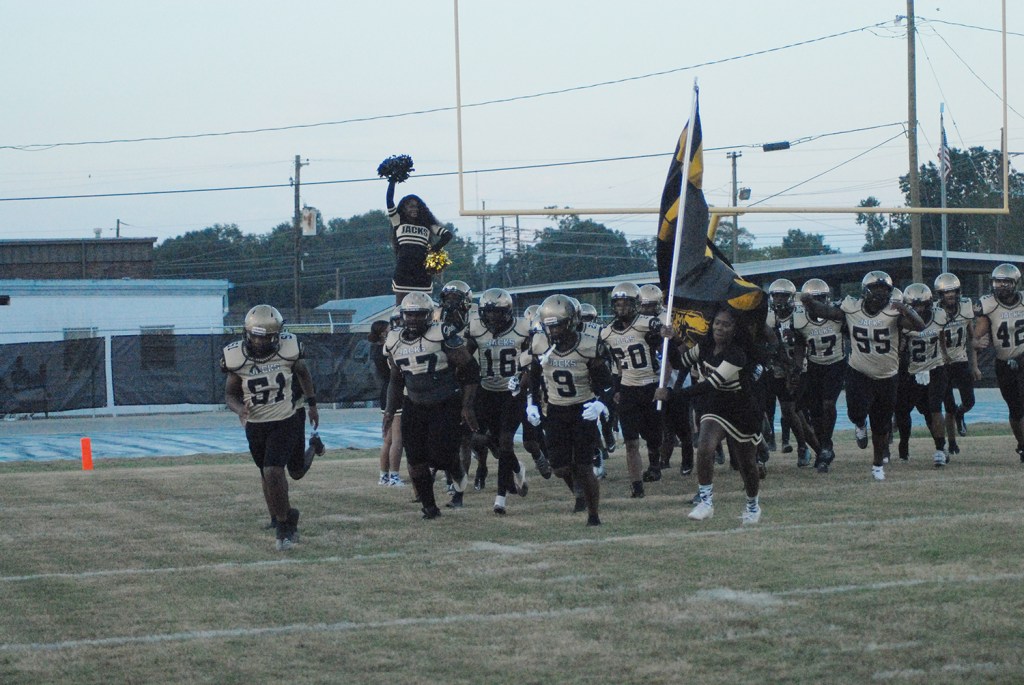 DAILY NEWS PHOTO/Chris Kinkaid Bogalusa takes the field before a game. The Lumberjacks are ranked eighth in Class 3A in the final Louisiana Sports Writers Association Poll.

Bogalusa’s football team is ranked No. 8 in the final Class 3A Louisiana Sports Writers Poll for the 2022 season.

This season, Bogalusa went 8-1 overall and won the District 7-3A title with a 4-0 record.

Bogalusa is the No. 2 seed in the Division III non-select state playoffs.

The Lumberjacks have a bye in the bi-district round of the playoffs and will host either No. 15 Jewel Sumner (5-5) or 18th-seeded Berwick (6-4).