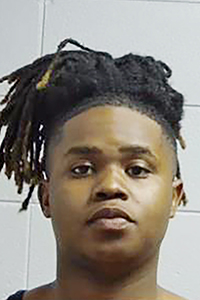 On Friday morning, the Bogalusa Police Department announced that arrest warrants had been obtained for three subjects in connection with the murder of Jerry Smith, outside of the Bogalusa High School football stadium on Friday, Oct. 14.

On Friday afternoon, the BPD announced that Lakendall Brown was taken into custody at the Bogalusa City Jail. According to BPD Maj. Wendell O’Berry, Brown turned himself in with his attorney at that time.

Brown was arrested and is charged with second-degree murder, illegal use of a dangerous weapon, and aggravated criminal damage to property. He was later transferred to the Washington Parish Jail for housing.

The other two suspects, Jerome Wilson and Jordan Smith, were still at large as of press time.

Anyone with information on their whereabouts can contact the BPD at 985-732-3611.