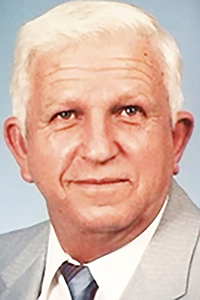 On Oct. 21, 2022, Joe E. Dunaway went to be with his Lord and Savior. He was a lifelong resident of Bogalusa. He was survived by his loving wife, Debbie Stewart Dunaway, his six children, Alan Dunaway (Lisa) of Sherwood, Ark., Amy Kennedy (Bobby) of Sulphur, Anna Pierce (Johnny) of Bogalusa, Alana Jones (Andy) of Bogalusa, Dustin Thigpen (Mandy) of Franklinton, and Richelle Helton (Chad) of Bogalusa; 14 grandchildren; 16 great-grandchildren; his brothers, James and George Dunaway; his father-in-law, Charles Breath; his brother-in-law, Randy Stewart; and his fur baby, Reese Cup Dunaway.

He was lovingly known as Paw Paw Joe by all of his grandchildren, who he loved dearly.

Poole-Ritchie Funeral Home is in charge of the arrangements and a private memorial service will be held for the family.