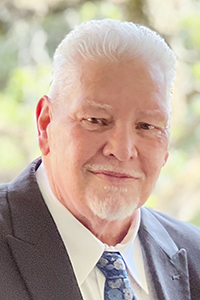 Dr. Charles T. Kelly Jr., 68, gently transitioned from his earthly form surrounded by his wife and children at his home in Bogalusa, right before his beloved Yankees and Crimson Tide took to the field.

He was the light of his wife, Lisa Bogle Kelly’s, life. He was larger than life, and leaves behind a large, loving family to carry on his legacy. He instilled a sense of belonging and purpose into his children and grandchildren, who will continue to emulate his values, and reflect his absolute love.

His legacy not only lives on in his children, Elaine Booth, Michael Kelly (Dawn), Cherie Aduli (Farhad), Charles Kelly III (Lindsay), Christopher Kelly, and John Kelly (Meagan), but also in his step-children whom he never made to feel less-than: Timothy Wall (Amy), Lee Wall (Shelby), and Seth Wall. He was a super proud PawPaw to all 16 grandchildren: Britton, Ava, Dane, Mila, Ari, Victoria, Cadence, Lucy, Noah, Isabella, Paislee, Alyssa, Gabriel, Evyn, and Jackson, and step-great-grand PawPaw to Junior and Summer. He is also survived by his sister, Cynthia Bergeron (Wayne); his aunt, Lillian Moran; along with many, many nieces, nephews, cousins, in-laws, and friends. His four-legged shadow in the form of a dog, Cy, is also mourning his passing.

He was reunited in heaven with his beloved granddaughter, Mina (Mina-Moo) Aduli; his brother, Patrick Kelly (Debbie); his parents, Charles Sr. and Shirley Kelly; his father-in-law, John Bogle (Linda); and many great friends. His friendships were made not for just his lifetime, but for eternity. To know him was to love him.

He was born and raised in New Orleans. His career as a college professor at Columbia Southern University was driven by his love of all things law enforcement, which was in his ancestral blood. His life adventures took him from a law enforcement officer of numerous departments and divisions, to teaching that very subject at many previous ground schools and online universities. He instilled in everyone that you’re never too old to learn, as he accomplished three master’s degrees and his Ph.D. To this day, past students would reach out to him with words of appreciation for holding them accountable in their academic journeys — he was an incredible mentor to many!

Besides his family, he loved learning by reading, writing, and publishing, and enjoyed grilling, fishing, and hunting whenever he got the chance. He took an interest in his small hometown and was recently on the Planning & Zoning Committee in Bogalusa. He was also in the midst of developing the Bogalusa Crime Prevention Committee, of which he was so honored to have been named Chairman. He and Lisa attended City Council Meetings monthly to stay abreast of local activities and enjoyed the small-town life to its fullest.

Everyone that knew him, even strangers at the grocery store, knew of his love for his top sports teams — the New York Yankees, Alabama Crimson Tide, and the Pittsburgh Steelers. With his wife, and often children, weekends were loud at his house. If he wasn’t cursing at a pitcher or quarterback, he was yelling “Roll Tide!” The yearly rivalry game between Bama and LSU was legendary at their house, and will continue to be ~

A memorial visitation will be held at Grace Funeral Home, located at 450 Holy Trinity Drive in Covington, from 4 p.m. to 6 p.m. on Saturday, Oct. 8. A celebration of his life will immediately follow, which wraps up, coincidentally, just before the start of the Alabama football game at 7 p.m. It’s obvious that he guided this timing! He won’t let even his own funeral interrupt his game. Per his specific request, everyone attending is asked to wear either N.Y. Yankee colors (blue and white), or Bama colors (crimson and white).

This great man is leaving a great hole in our hearts. In lieu of flowers, the family requests donations be made to Mina’s Mission, Autism Research, or St. Jude’s. An online guestbook is available at www.gracenorthshore.com.