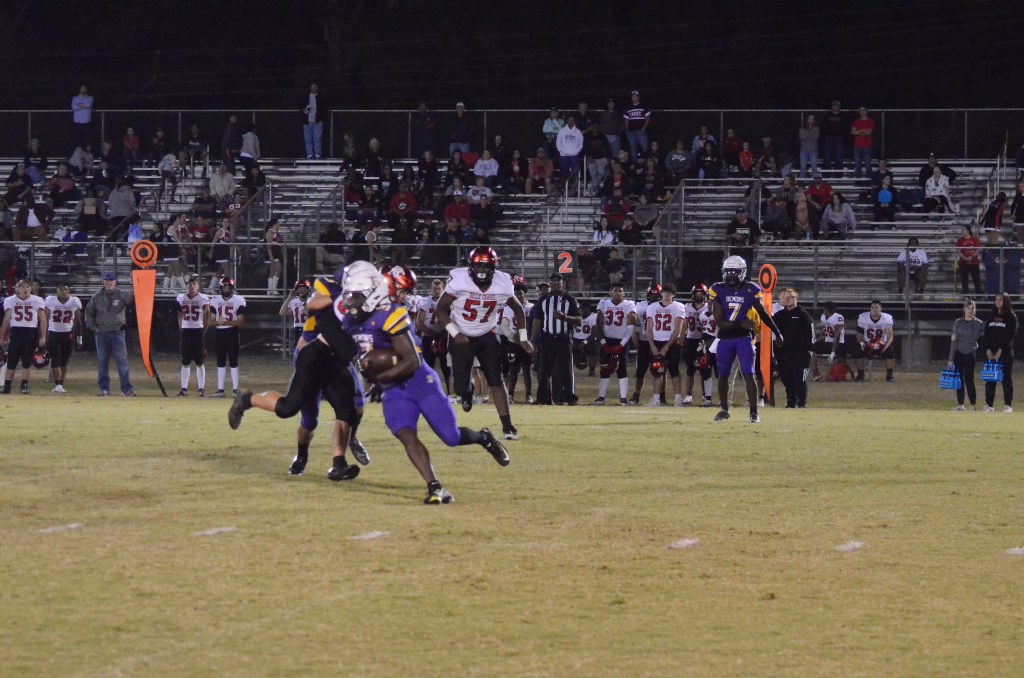 Franklinton celebrates Homecoming on Friday when the Demons play against Archbishop Hannan in the District 8-4A opener.

“It’s great for the kids for the memories and the school pride and stuff, but we have to handle it, especially going into district play,” Franklinton coach Guy LeCompte said.

Franklinton comes in with a 2-3 record after defeating previously undefeated Belle Chasse, 24-17.

“There are a lot of things we could’ve done better on Friday,” LeCompte said. “There’s a standard of performance I’d like to reach, but we’re working to get there. We definitely took steps in the right direction. Guys have been working really hard and I’m proud of their effort. I’m extremely proud of guys the way they have stepped up. Last week, we had guys going both ways and they stepped up throughout the whole week in practice and in the game. Leaders are starting to emerge.”

Last week, Zion Anders threw for 106 yards and a touchdown. He also ran for 50 yards and a score.

Kelly Daniels caught four passes for 78 yards and a touchdown. He also ran for 26 yards.

Senqualon Conerly ran for 79 yards and a touchdown and he caught a pass for 10 yards.

Banyan Penton had five stops with one for a loss.

Archbishop Hannan begins the week with a 2-3 record and has won the last two games, including a 35-6 victory over St. Thomas Aquinas last week.