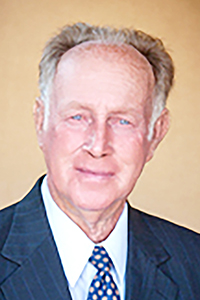 Richard was born May 4, 1938, in Georgetown, Miss., to his late parents, Clyde Willis and Bertie Mae Seal Williams, and was a long-time resident of Angie. Richard worked for International Paper for 44 years as a Pipefitter and enjoyed many years of happy retirement. Everyone in the Paper Mill had a nickname and Richard’s was Rah Rah. Richard spent lots of time in the community checking on people that could not get out and enjoyed spending time on his tractor.

A special thanks goes out to St. Tammany Hospital Hospice, who provided outstanding care for the past three months. Richard had a special nurse, Donna Warren, who went above and beyond her duties in a way we would have never expected.

Visitation was held on Monday, Sept. 26, from 11 a.m. until 1 p.m. in the chapel of Poole-Ritchie Funeral Home in Bogalusa. The funeral began at 1 p.m. and Brother Kelly Penton officiated the services. Burial was in the Seal Cemetery at Varnado. Pallbearers were George Adams, Louis Adams, Ricky Williams, David Williams, Jacob Williams and Scott McMillan.