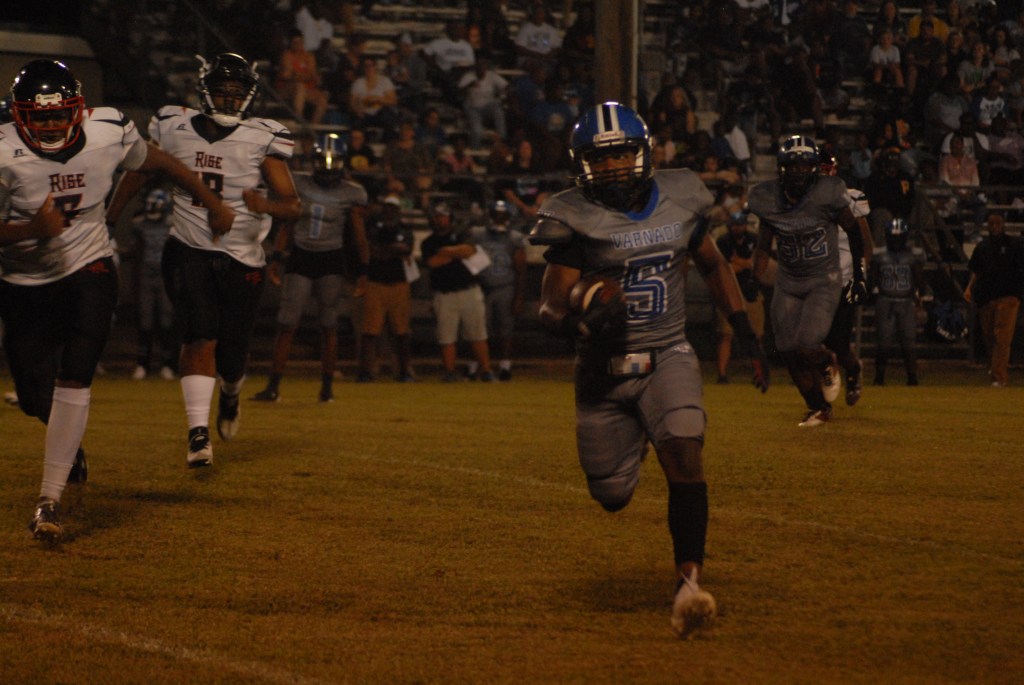 Varnado’s Tyriq Bell had a big game and Varnado recorded its first win of the season, 30-0, over Jefferson Rise Charter at home Friday.

The Wildcats received the opening kickoff and drove 59 yards in eight plays. Devonte Magee capped off the drive with a 9-yard run to make it 6-0 after the two-point conversion was no good with 8:06 left in the first quarter.

Jefferson Rise Charter fumbled on its first play from scrimmage.

Varnado was back in the endzone four plays later with Jamari Lewis sneaking it in from the 2. Chad Ladner converted for two and a 14-0 lead with 6:14 on the clock.

Bell recovered a fumble on the ensuing kickoff and ended another four-play drive with a 1-yard run and he made the two-point conversion for a 22-0 lead with 4:35 left in the first quarter.

The score stayed that way until the second when Vsrnafo went up 30-0 as Lewis connected with Quovadis Bickham on a 48-yard score. Bickham then converted for two and a 30-0 lead with 11:49 left in the second quarter.

It stayed that way until halftime.

Neither team scored in the second half and the final score was 30-0.

Varnado is 1-3 this season and is on the road Friday against Livingston Collegiate Academy. Jefferson Rise Charter is 0-4 and will face Frederick A. Douglass on the road.