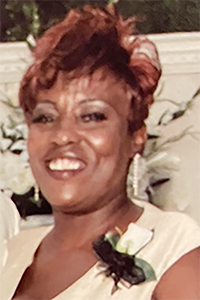 On Feb. 11, 1963, God blessed Frank and Carrie Lee Berry with a beautiful daughter, Ollie Idella Berry. She departed this life at the age of 59 at Lakeview Regional Hospital.

She was a graduate of Bogalusa High School, Class of 1981. After graduation, she attended the Army Reserves and college and became an LPN.

She was preceded in death by her parents, Frank and Carrie Lee Berry; and two brothers, Donald Ray Dixon and Jerry Dixon.

Visitation will be held at Mt. Carmel Baptist Church on Tuesday, Sept. 6, from 9 a.m. until 1 p.m., with the funeral service to follow at 1 p.m. with the Rev. Douglas Hart officiating. Interment will be at the Bogalusa Cemetery.