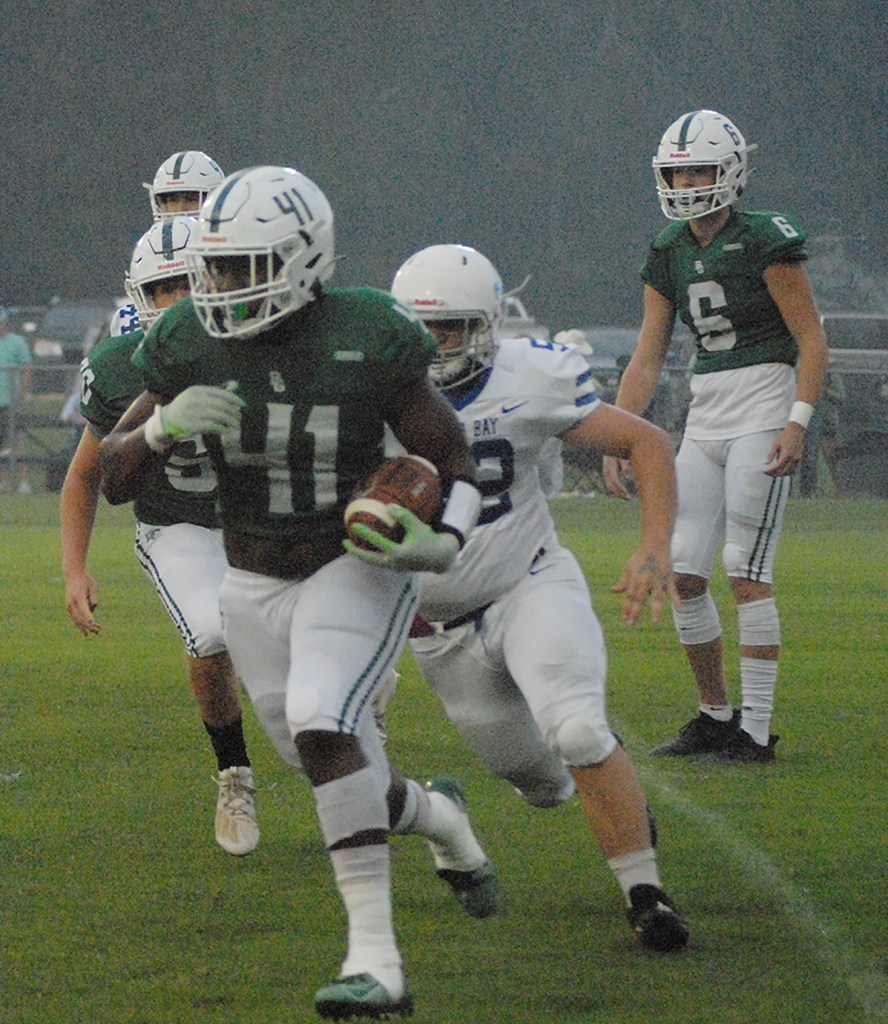 Bowling Green School went against Adams County Christian School in a scrimmage that was held on Friday at Bowling Green.

“I thought from where we were in the spring to today, we’re much improved,” Bowling Green coach Phill Junkins said. “We’ve still got  a long way to go. We’re very young defensively, so we’ve got a lot to learn. It’s kind of difficult to get a gauge offensively because they stunted on just about every play, but we’ve got to learn how to block it. It was good for us to go against a team that’s considered the odds-on favorite to be in the state championship game in our division, so if we’re going to play people, that’s who we want to play. It was a good day, we were excited about playing and now we get to play again on Thursday.”

Junkins said that Dray Killingsworth had the best day defensively.

Junkins also said that Eli Schilling played very well on both sides of the ball.

Bowling Green will be back in action on Thursday for the jamboree that will take place at Parklane Academy, weather permitting. Junkins said that if weather does not permit, they will play at Oak Forest Academy.