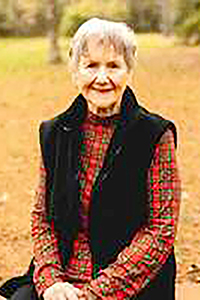 Mrs. Betty Rose Pigott Hunt, a resident of Bogalusa, passed away Tuesday, July 26, 2022, at the age of 86. She was a faithful wife to Charlie, a wonderful mother, and a doting grandmother and great grandmother, and a dear loving friend to many. She was a committed Christian and a member of Highland Baptist Church. She was also active in many organizations.

During high school, Betty enjoyed playing on the girls basketball team. She became Paper Queen and travelled to New York City with visiting queens where she appeared on The Ed Sullivan Show. She taught piano lessons before going to work at First State Bank where she was chosen for her intellect to be part of the introduction of computers to the bank. She spoke out in favor of equal pay for women and ended her work career at the Crown Zellerbach Southern Timber main office.

Mrs. Betty was a pianist at Highland Baptist Church for over 50 years, where she was an active member and especially enjoyed the music program. She was also active in the Washington Parish Fair Association where her tenure began in 1978 when she served as coordinator of the Fair Queen’s Committee. She served as chairwoman during her 5th year and continued at the helm for years. She devoted much time and effort to the Mile Branch Settlement. The Pigott family cabin was donated to the Settlement in 1982 and is still supported by family members and friends. She served on many Fair Association committees and as the executive vice president in 1986 and as president in 1987. She was the Fair Catalog honoree in 1991, and in 2011 was the Fair’s Mystery Person.

Since her husband Charlie served as a Marine in the Korean War and later as a drill instructor, Mrs. Betty became involved in the American Legion Auxiliary. She also spent her time involved in many other volunteer activities. She was a world traveler making multiple visits to her daughter in Alaska, then in France and all the way to Togo in West Africa. She led a rich fulfilling life as the epitome of a Southern lady full of charm and a loving heart. She leaves a grieving family and many friends who will see her again in Heaven.

A visitation will be held Sunday, July 31, at Poole-Ritchie Funeral Home, located at 216 Alabama Ave. in Bogalusa, from noon until time for the services at 3 p.m., with the Rev. David Hedden officiating the services. Interment will follow at Mt. Olive Cemetery in Varnado, overlooking the Pushepatapa Creek.