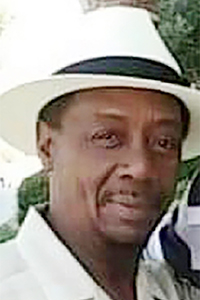 Joe Willie Roberts, 69, a resident of Angie, departed his earthly life on July 1, 2022, at his residence and surrounded by his loving family. He was born Jan. 19, 1953, to the late Cornelius “Homer” Roberts and Edith Harry Roberts of Angie.

He accepted Christ at an early age and joined Wesley Ray United Methodist Church, where he remained active until his health failed. He participated in the United Methodist Men Ministry and was a faithful member of the usher board.

Joe Willie’s education began at Wesley Ray Elementary School. He graduated from Wesley Ray High School in 1971. He was united in marriage to Vernadine Robinson-Roberts on Aug. 21, 1971, and to this union two beautiful daughters were born.

Over the years, he acquired many skilled trades. His employment spanned from Ingalls Shipyard in Pascagoula, Miss.; Equitable Shipyard; Freeport MacMoran – offshore; and Avondale Shipyard in Madisonville. He wanted to be closer to home and still provide for his family, so he began working at Crown Zellerbach in Bogalusa. Most recently, he worked as an electrician and HVAC technician, and as a Maintenance Supervisor for the Washington Parish School Board. He retired from Washington Parish School Board in 2014. After retirement, he continued to work as a self-employed electrician and AC refrigeration repairman. Of all of his occupations, he enjoyed the HVAC and electrical jobs most.

Viewing will be held on Friday, July 15, from 10 a.m. until noon, followed by the funeral service at noon at Wesley Ray United Methodist Church. Interment will be at the Robinson Cemetery.