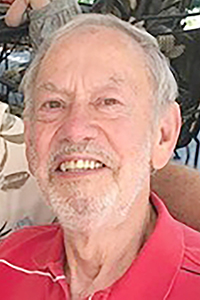 Ernest Burris Smith Jr., 79, a resident of Angie, passed away at Slidell Memorial Hospital on June 17, 2022. Ernest was born in Bogalusa on Feb. 15, 1943, and was a member of Highland Baptist Church, where he served faithfully for many years.

Ernest was preceded in death by his parents, Earnest Burris Smith Sr. and Bernice Bennet Smith; and his sister, Jimmie Nell Smith Page.

Services to celebrate Mr. Ernest’s life were held Monday, June 20, with the visitation starting at 9 a.m. and the funeral service starting at 10 a.m. at Poole Ritchie Funeral Home. The Rev. Dennis Allen officiated and interment followed at Seal Cemetery in Varnado.