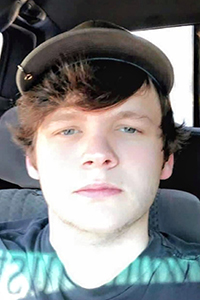 Matthew Zeke Galloway, 22, a resident of Franklinton, passed away at his home on April 9, 2022. Matthew worked as a fabricator at Avon Fabrication. He also worked at his family business, Tina’s Custom Upholstery. He loved fishing and playing the guitar, but most of all he loved the company of his nieces and nephew.

Matthew was preceded in death by his father, James Andrew Galloway; and his grandparents, Louise Boone Galloway and Mack Sharky Galloway.

Visitation will be held At Brown-McGehee Funeral Home on Saturday, April 16, from 10 a.m. until time of the service at 1 p.m. Bro. Keith Branch will be officiating the service. Interment will immediately follow at Pounds Cemetery in Bogalusa.