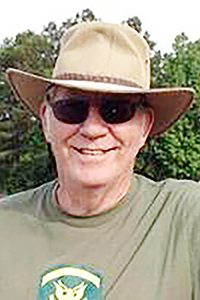 He was born and raised in Bogalusa, and was a graduate of Bogalusa High School. He enlisted with the U.S. Army in 1960, and was a graduate of the U.S. Army Security Agency, where he was stationed at Vint Hill Farms in Warrenton, Va. He was then assigned to Sinop Turkey with a top Crypto Clearance. He was Honorably Discharged as an E5 (SP5) and returned to the Louisiana Army Reserve. Their motto for their service in Turkey was: “Old Spooks and Spies — We weren’t there, we were never there, we don’t exist.”

After returning to civilian life, he was an Engineer with the Canadian National Railroad with 38 years of service.

Visitation will be Monday, Feb. 14, from 9 a.m. until 11 a.m. at Poole-Ritchie Funeral Home, with service at 11 a.m. in the Funeral Home chapel. Scott Byrd and the Rev. Theodore Newman will be officiating.