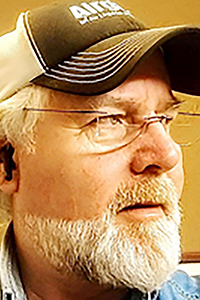 Lance was larger than life and so was every story he told. Lance was a loyal friend and loved living his life to the fullest. If you had the pleasure of having him as a friend you became family and boy did, he have a super-size family. He enjoyed many adventures and was known for make the authorities scratch their head a time or two. Lance would take his last dollar or the shirt off his back to help someone down on their luck. Many people have said he was a brother, life of the party, southern gentleman, hard worker, and good man.

Lance Sims Stockstill, 56, was born on July 30, 1965, and died on Dec. 16, 2021. He is survived by his wife, Annette Miller Broadway Stockstill; a daughter, Sarah Broadway; and two sons, Chance Broadway and Jeffery Smith. He is also survived by his twin sister, Leanne (Steve) Adcox; and sister, Kim Stockstill (Mark Swatton); along with numerous aunts, uncles, nieces and nephews. Honorary pallbearers will be Mark Smith, Karla Schempp, Robert Terrell, Jason Smith, Thor Church, and Ralph May.

Lance was preceded in death by his parents, Kendall and Jimmie Stockstill; and his sister-in-law, Stephanie Bienvenu.

Visitation was held Tuesday, Dec. 21, 2021, from 5 p.m. until 9 p.m., and will continue on Wednesday, Dec. 22, from 10 a.m. until time for The Celebration of Life Service at 1p.m., officiated by Pastor Steve Bush and Pastor Cecil Locke at Poole-Ritchie Funeral Home in Bogalusa. Interment will follow at a later date.