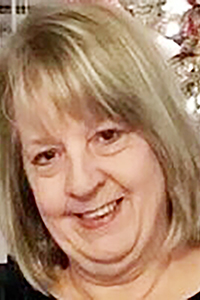 Anna was born on May 11, 1956, to Wayne R. Carter and Macy Rawls Carter. She graduated from Bogalusa High School in 1974, and graduated from Pearl River Community College with a degree in nursing. Anna worked as a Registered Nurse, primarily at Our Lady of the Angels Hospital, for nearly 40 years. She attempted to retire twice, but her compassion and caring for others always called her back to the hospital.

Anna was a devout Christian and a member of Bethel Baptist Church in Poplarville, Miss.

Anna is survived by her husband of 36 years, Mickey Peters; and her children, Michael (Sarah) Peters of Poplarville, Jason (Patti) McKenzie of Madisonville, Nicholas McKenzie of Lake Charles, and Macy Villarrubia of Bogalusa. Anna was blessed with five grandchildren that she adored, Triston McKenzie, Sam Peters, Ben Villarrubia, Carter McKenzie and Catie McKenzie. Anna is also survived by her sister, Kelli Carter; a special aunt, Myrna Carter (Ken) Jones; and her nieces and nephews, Mallory (Chris) Williams, Blake (Anna) Breland and Micah Carter. She also had five great-nieces and great-nephews that she considered additional grandchildren, Hunter Romeo, Isabella Carter, Adelyn Williams, Liam Fedele and Carter Breland. She was eagerly awaiting the arrival of another great-niece, due in March 2022. She is also survived by numerous cousins and countless friends.

Anna was preceded in death by her parents; her grandparents, Robert and Myrtle Carter, and George and Annie Rawls; numerous aunts and uncles; and her sister, Connie Carter Breland.

Family was everything to Anna. She loved nothing more than hosting all her children and grandchildren during holidays, especially Christmas. To know her was to love her; her personality was infectious; she was generous, kind-hearted, and was a true and genuine friend to all who knew her. She will truly be missed by all who were blessed to know her.

Relatives and friends were invited to attend the visitation, which was held on Friday, Nov. 26, from 5 p.m. until 9 p.m. at Poole-Ritchie Funeral Home. Visitation will continue on Saturday, Nov. 27, from 9 a.m. until the funeral service at 11 a.m. The funeral will be officiated by Brother Billy Kent Smith, and interment will follow at Ponemah Cemetery.