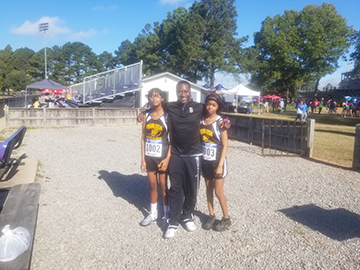 Two Bogalusa runners competed in the Class 3A state meet that was held on Tuesday, Nov. 16 at Northwestern State University in Natchitoches.

Grace Jones and Tyreiona Pittman competed in the three-mile event.

Albany’s Cayden Boudreaux was eight seconds behind for second.

Academy of the Sacred Heart in New Orleans was second with 70, followed by University Lab School’s 136, St. Louis Catholic’s 141 and West Feliciana to round out the top five with 173, as 17 teams posted points.

Bogalusa falls in 2nd round of playoffs