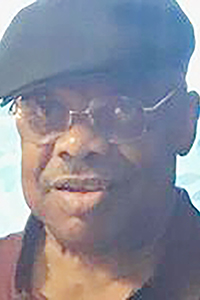 Robert Emmanuel Reason was born Oct. 10, 1942, in New Orleans to Mary Coleman Williams and Clarence Reason. He was raised by his mother and step-father, Victor Williams, in Bogalusa, with his brothers, Luther “Red” Taylor and James “Flab” Williams. Robert was affectionately known as “Bobby” by family and “Reason” by friends and classmates. He grew up in a close extended family with his grandmother, Ida Jenkins Coleman, aunts, uncles and cousins. From his mother and grandmother, he learned to cook and became very accomplished in the kitchen.

In high school, he excelled in academics, music and sports. Bobby was an accomplished student, drummer, football, basketball and baseball player. He graduated from Central Memorial High School. He earned scholarships to the University of Notre Dame and Southern University; he attended Southern in Baton Rouge.

Robert lived in many cities but later moved back to Louisiana; he lived in Covington until his death. Over his last years, he created cherished memories as “Granddaddy” with his grandchildren and great-grandchildren. Robert loved to cook. Any occasion was a time to enjoy his food and just “be chillin” in the backyard with family and the dogs.

Robert is preceded in death by his parents, his brothers, his son, Kenneth, and his infant granddaughter, Harmonii Williams. Left to honor Robert’s memory are his living children, grandchildren and their spouses, his great-grandchildren and his ex-wife. He also leaves a host of family, including nieces, nephews and cousins; along with friends who will remember him always.

A graveside service will be held Monday, Oct. 25, at noon at Bogalusa Cemetery, with Pastor Dr. Tina Ratliff officiating.