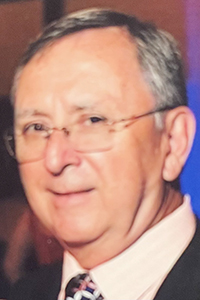 Bruce E. Kinchen, 81, of St. Augustine Beach, Fla., passed away on Aug. 2, 2021, at the Bailey Center in St. Augustine. He was born in Bogalusa, and lived in St. Augustine for the past 19 years, splitting his time in Albuquerque, N.M., for many of those years.

After graduating from Bogalusa High School and a short time at LSU, Bruce served three years in the U.S. Army, 82nd Airborne Division. From there he completed his B.S. degree in Physics at LSU and immediately went to work as an engineer for Pratt and Whitney in Hartford, Conn. During that time, Bruce completed his M.S. degree in Physics at Trinity College in Hartford. His professional life, mostly in the aerospace industry, moved him from Connecticut to Fremont, and finally, to New Mexico. From 1993 until retirement, Bruce had his own business providing consulting services in the management of engineering and scientific programs. He specialized in digital image processing. In the later years, Bruce’s major clients were Sandia National Laboratories of Albuquerque, and Thiokal Propulsion in Brigham City, Utah. Bruce loved his work and met many good friends during that time. Beyond his family and career, Bruce’s passions were motorcycling, sailing, computers and technology.

Bruce will be remembered as a man who loved and looked out for his family. He will always be remembered as a handsome man with great intelligence who lived life with integrity, and who was serious in nature while having a witty sense of humor. He was a role model and mentor to many.