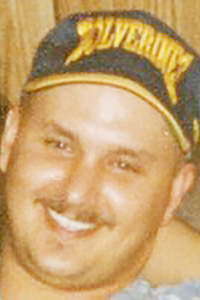 Born on Jan. 13, 1970, in Escondido, Calif., Bryan was the first child and only son of proud parents Glenn Lowe and Jeanette Miley Lowe. Always very active, agility and athletic skills showed at a very early age, so he played baseball and soccer both. Learning that soccer was much faster paced, he ultimately chose to play soccer — both indoor and outdoor — year round where he played in a defensive role under the coaching support of his father and through high school. Always a sports enthusiast.

Although he was born and raised in California, he was a Southerner through and through. As a child, he would visit family in Louisiana for a week and develop a strong Southern drawl, as if he was meant to have one from birth. He loved meeting family he’d never met and learning all about the family and their history. He always cried when it was time to leave Louisiana and head back to California because he wanted to stay in the South.

He relocated with parents and sister in 1991 to Gulf Breeze, Fla., and made a home for himself, living in Florida, Alabama, Mississippi and Louisiana.

Bryan started his own business, Tub Pro Refinishing, after his move to the Gulf Coast. He had a love for meeting new people and he found joy in his business by making people happy and helping them enjoy their homes even more after his work was done. His work took him from Mobile, Ala., to Jackson, Miss., all the way back to Baton Rouge. If anyone called wanting work done, he found it really hard to say no.

Bryan made friends easily and cherished those in his life, including his love for pets of any kind. In his passing, he leaves many cherished memories with his parents, Glenn and Jeanette Lowe of Pace, Fla.; sister, Sheri Lowe of Charlotte, N.C.; his Sweetheart and best friend, Amy Simmons of Bogalusa; along with many beloved family members and dear friends he has made over the years. He also leaves his pride and joy companion, his Rottweiler, Bocefus.

He is preceded in death by his sister, Janet Michelle; and grandparents, John and Myrtle Miley, Larkin Lowe and Laura Pugh.

A graveside service to celebrate Bryan’s life will be held Thursday, Sept. 23, at 2 p.m. at Miley Cemetery, with the Rev. Patrick Magee officiating.