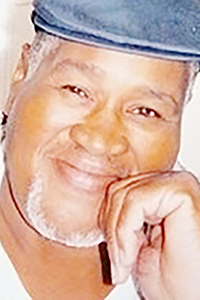 Larry Sheridan is the second of 10 children born to the late Ezekiel and Lela Rayford Sheridan on May 10, 1951.

Larry joined Live Oak United Methodist Church at an early age. He was baptized in 1990 by the Rev. Bruce L. Brown. He remained an active member until his death. Larry faithfully served in the administrative board, the associate lay leader and Sunday School Superintendent, as a Trustee, class leader of class #2 and teacher of the adult Sunday School class (which was his most cherished position). He also served on the building fund and finance committees.

Larry was also a proud member of the Wesley Ray Male Chorus. The chorus members referred to him as “Chief.”
He attended Sullivan Vo-Tech and received a certification in auto mechanics. He worked at the multiwall division of Crown Zellerbach. He also worked as an auto Mechanic in Pine, and as a forklift operator at Joe N. Miles and Sons.

The drive-through viewing will be Friday, Aug. 27, at Crain and Sons Funeral Home in Bogalusa, from 4 p.m. until 6 p.m.