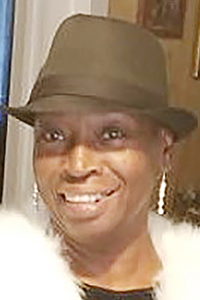 “But seek ye first the kingdom of God, and his righteousness; and all these things shall be added unto you” (Matthew 6:33).

Jacqueline worshiped at Center Baptist Church at a young age, under the leadership of Pastor Linwood Bolton Sr. and remained a faithful member until she moved out of the area. In Slidell, she worshiped at Living the Word International Ministries, and at Christian Fellowship Church in Beaumont, Texas.

Drive through visitation will be on Friday, Dec. 4, from 11 a.m. to 2 p.m. at Crain and Sons Funeral Home in Bogalusa.

The funeral service will be Saturday, Dec. 5, at 10 a.m. at Crain and Sons Funeral Home, with the Rev. Archie McGowan officiating. Interment will be in the Thompson Cemetery in Angie.